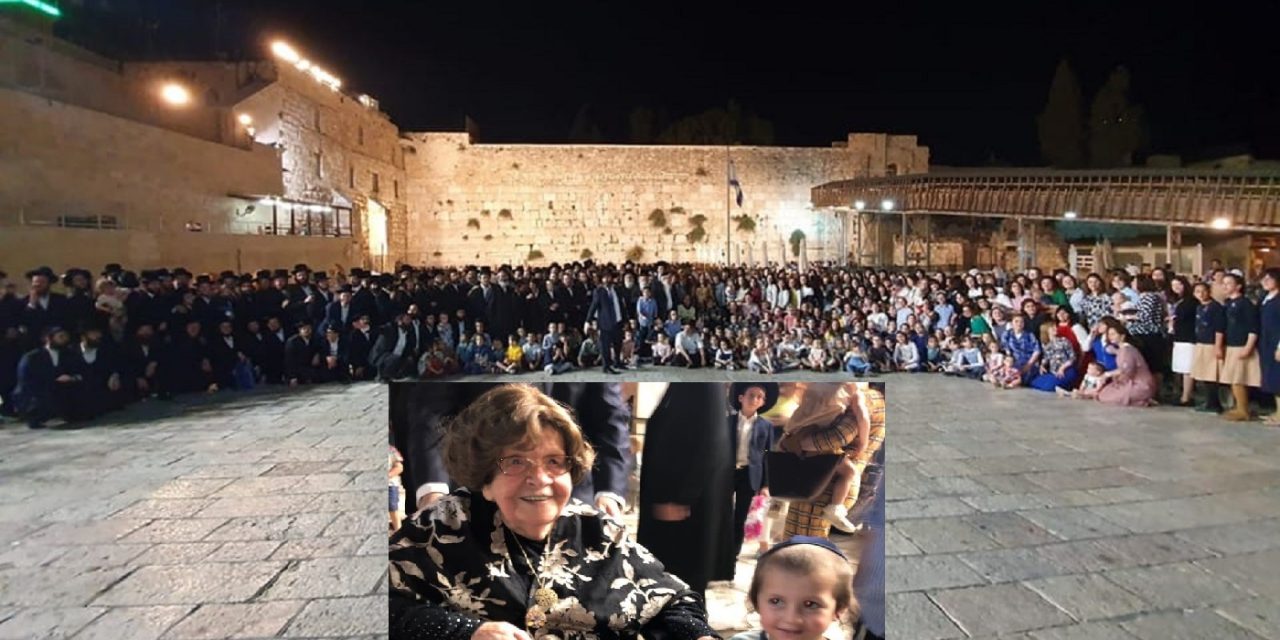 Holocaust survivor Shoshana Ovitz wanted to celebrate her 104th birthday in a special way. Her birthday wish –  For all 400 of her descendants to gather together for a prayer at the Kotel (Western Wall).

Last week, her birthday wish came true as all 400 of her progeny gathered together at the Western Wall plaza.

Shoshana saw all 400 of her descendants from a balcony overlooking the Wall and asked to bless each one of them individually. However, her daughter convinced that it might take too long and instead, recommended that she bless all of them as one.

Her grandson, Meir Rosenstein, told Israeli journalist and Channel 2 contributor Sivan Rahav Meir: “My grandmother, Shoshana Ovitz, survived Auschwitz. Right in front of her very eyes, Dr. Mengele killed her mother. After the war, she met my Grandfather – Dov, who lost his wife and four daughters in the concentration camps.

“They got married and moved to Haifa. She worked as a seamstress and helped him run his chicken store. Now Grandma is celebrated her 104th birthday. She has asked for a present: That all her descendants would unite together to the Western Wall,” Rosenstein said.

The touching picture shows all of Ovitz’s descendants. It was uploaded to social media, garnering hundreds of thousands of ”shares” throughout the world.