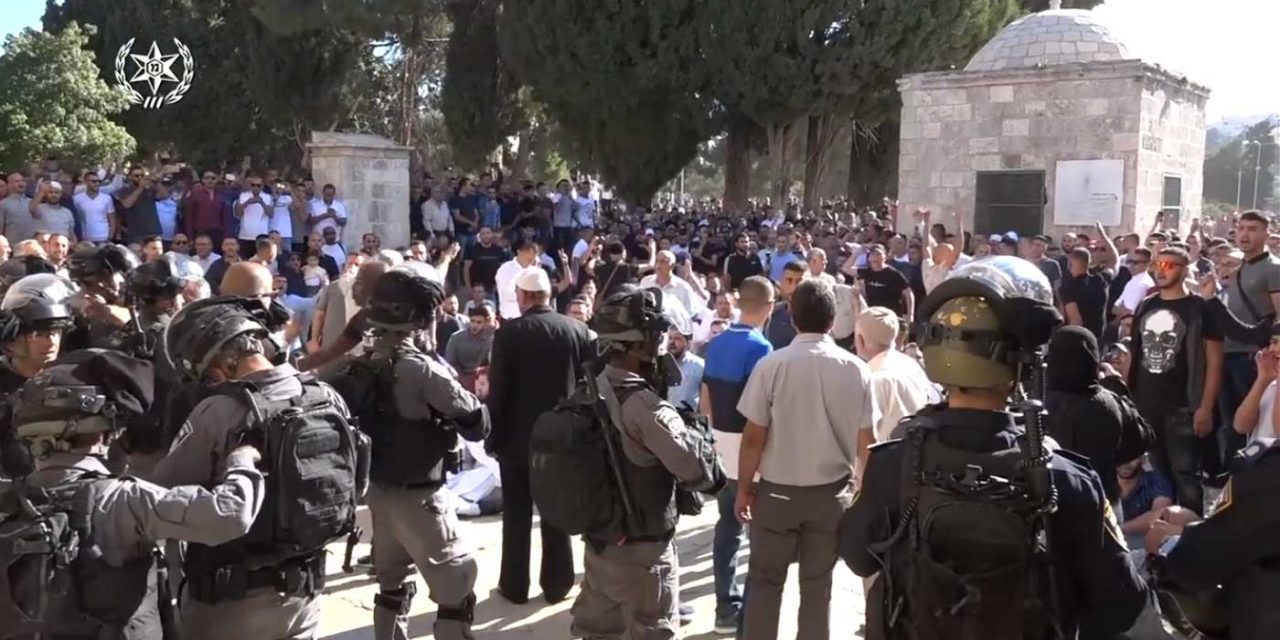 Clashes broke out between Muslim protesters and Israeli police forces on Jerusalem’s Temple Mount holy site on Sunday, during a period of peak religious tensions over the confluence of Jewish and Muslim holy days.

At least 61 Muslim protesters were injured in the clashes, according to the Red Crescent. At least four officers were also lightly-to-moderately wounded, police said.

Sunday marked both the start of Eid al-Adha, an Islamic holiday commemorating the end of the annual hajj pilgrimage to Mecca, and the Jewish fast day of Tisha B’Av, when Jews mourn the destruction of the temples that once stood on the Temple Mount and other disasters in Jewish history.

Those gathered at the Temple Mount were protesting planned Jewish visits to the holy site.

The Islamic Waqf and the Grand Mufti of Jerusalem called on Muslims to protest against Jewish visits and incited violence. They ordered mosques around Jerusalem to close leaving only the mosques on the Temple Mount open, a way of forcing more Muslims into the area thus fueling the tensions.

Following a security assessment, police initially said non-Muslims would be barred from entering the Temple Mount, where tens of thousands of Muslims had arrived during the morning. Hundreds of Jews had gathered at the gates leading to the holy site on Sunday morning.

After another security assessment, some 150 Jewish visitors were allowed to enter the site under close police escort, however, Muslim protesters began throwing chairs and other objects at the group, forcing them to cut short their visit to Judaisms holiest site.

The police said officers were “working to break up the rioters in order to restore public order.”

Police had deployed additional forces throughout Jerusalem in expectation of violence throughout the day following the incitement of Islamic leaders and a lack of cooperation from the Islamic Waqf.

Posted by Christians United for Israel – UK on Monday, 12 August 2019