Why the Pope is wrong for denouncing US embassy move 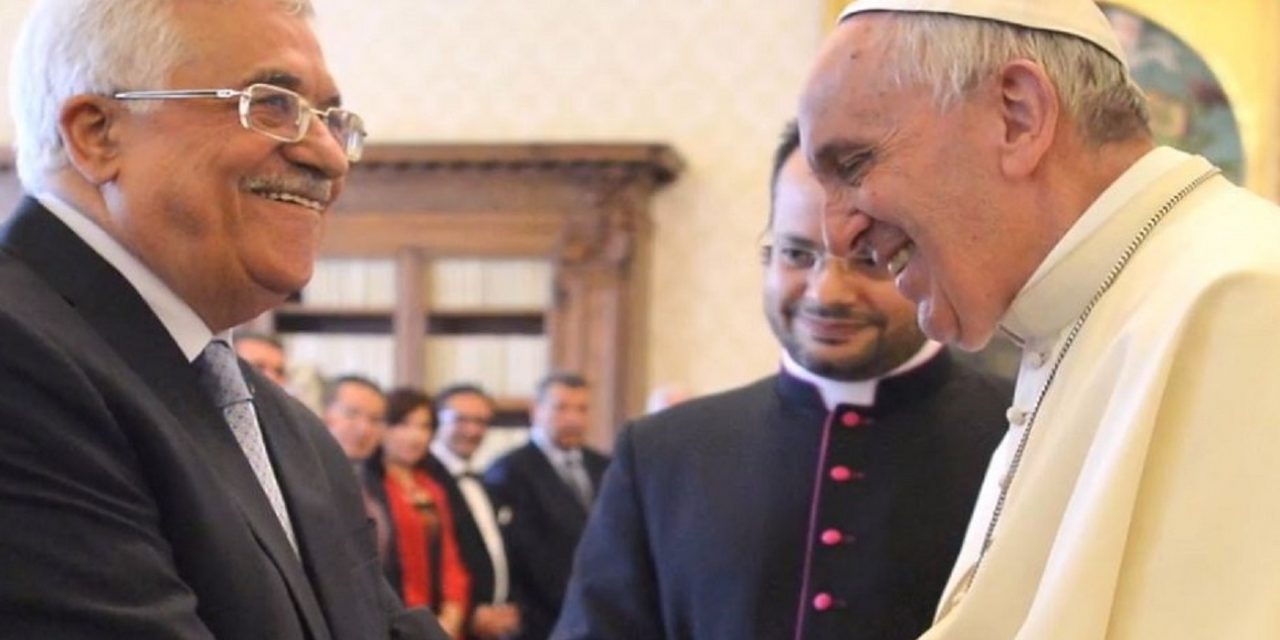 Pope Francis has said he ‘cannot silence’ his ‘deep concern’ ahead of an announcement by US President Donald Trump to relocate the US embassy to Jerusalem.

In an appeal at the end of his weekly general audience, Francis called for all to honour United Nations resolutions on the city, which is sacred to Jews, Christians and Muslims.

‘I make a heartfelt appeal so that all commit themselves to respecting the status quo of the city, in conformity with the pertinent resolutions of the United Nations,’ he said.

The pope told thousands of people at his general audience: ‘I cannot keep quiet about my deep concern about the situation that has been created in the last few days.’

He said he hoped ‘wisdom and prudence prevail, in order to avoid adding new elements of tension to a global panorama that is already convulsed and marked by so many and cruel conflicts.’

The Argentine pontiff’s call came a day after he spoke by phone with Palestinian president Mahmud Abbas, the Vatican said without elaborating.

Before making his public comments, Francis met privately with a group of Palestinians involved in inter-religious dialogue with the Vatican.

‘Jerusalem is a unique city, sacred for Jews, Christians and Muslims,’ he said, adding that it was home to sites deemed holy by followers of the three major monotheistic faiths.

It isn’t clear whether the pope is showing his approval for recent United Nations resolutions that deny the Jewish connection to Jerusalem, but he has sadly missed the opportunity to reaffirm Jerusalem as the eternal capital of Israel as stated in the Bible. The Jewish people have been present in Jerusalem for over 3,000 years. Despite being conquered over 40 times Jerusalem has only ever been the capital for the Jewish people. But more significantly, Jerusalem is the holy city that has such biblical significance to Jews and Christians, past, present and future.

The pope could have highlighted that Israel permits full freedom for all religions. The US embassy relocating to Jerusalem will not change this.  Sadly, in the other parts of the Arab world Christians and the few remaining Jews are persecuted and even killed for their faith.

Fundamentally, the US embassy gives recognition to Jerusalem as the capital of Israel. And so should the pope.