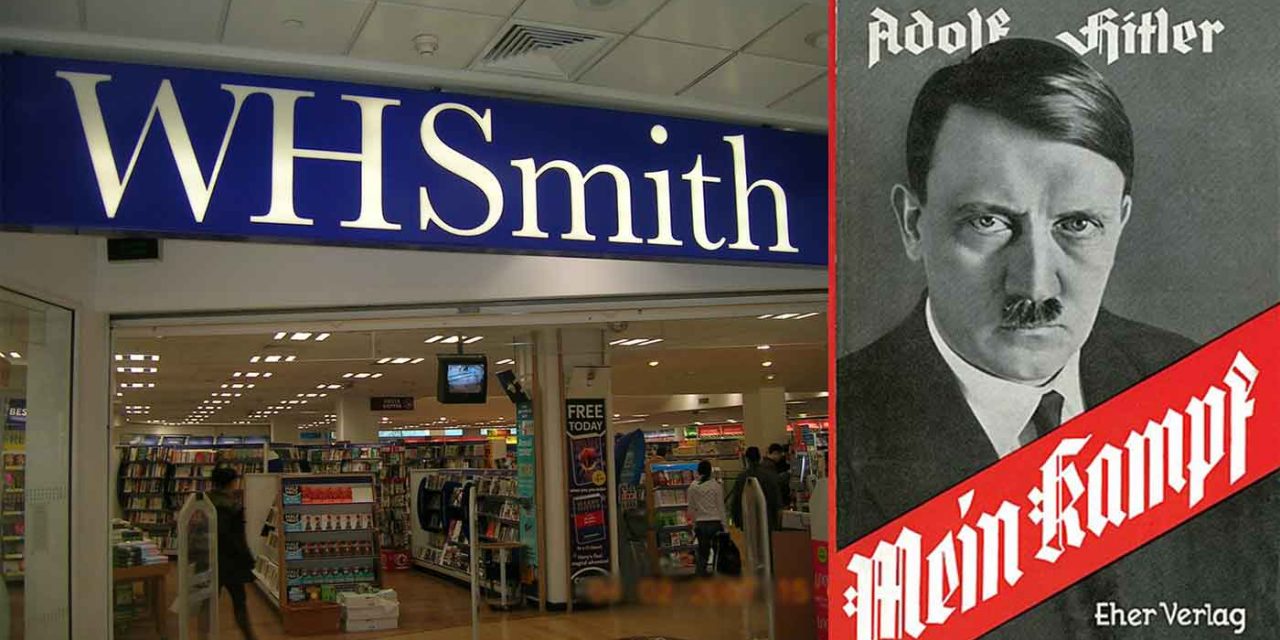 WHSmith has apologised and removed from its website the sale of Hitler’s Mein Kampf and the conspiratorial antisemitic pamphlet The Protocols of the Elders of Zion.

WHSmith said it had “strict guidelines on the books it sells, and it is against our policy to stock books which incite hatred.

“These books have been immediately removed from sale, and we are investigating how this has occurred with our wholesaler. We apologise sincerely for any offence caused.”

WHSmith had been selling editions of Adolf Hitler’s Mein Kampf, including unedited and uninterpreted editions.

These included one being sold as the “Official Nazi Translation” and another as the “1939” edition.

The store had also been selling editions of The Protocols of the Elders of Zion, including a recently published “Centenary Edition” with conspiracist imagery on its cover and another that shows a chess piece with a star of David having felled another piece.