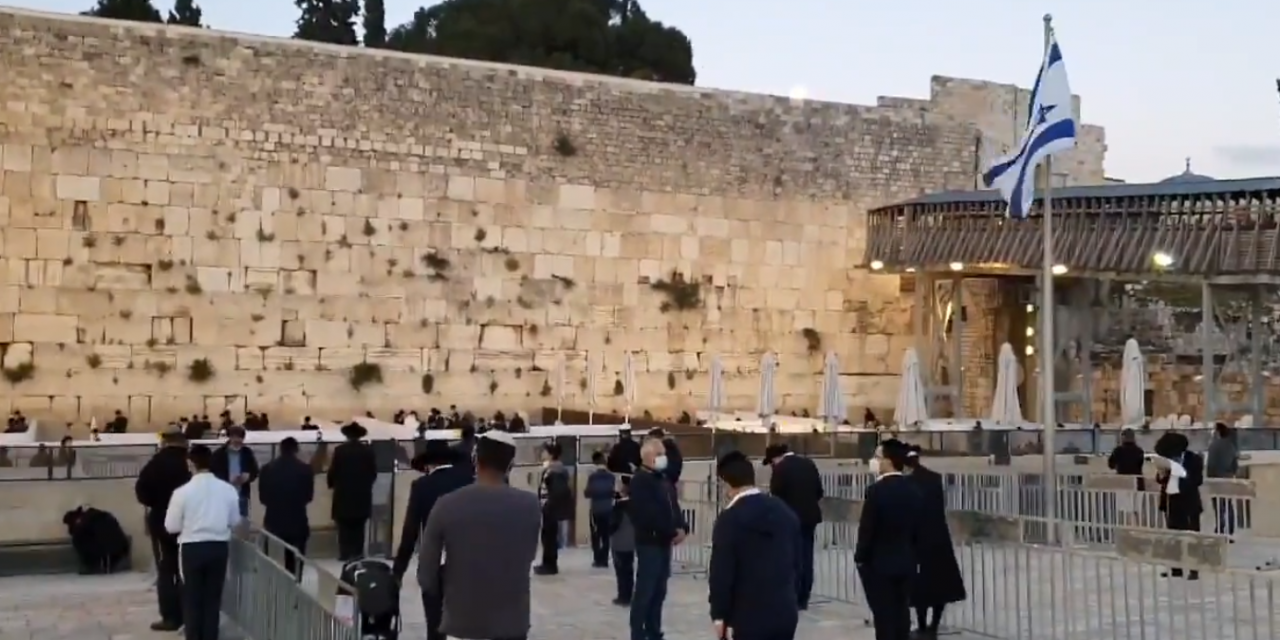 The Western Wall Plaza has reopened after several weeks of closure due to the COVID-19 restrictions.

For several weeks, only individuals living in the Old City were allowed to visit the wall in very limited numbers. But in new easing of measures announced by the Israeli government earlier this week, hundreds of people at a time will be allowed to visit, albeit with certain health guidelines. Prime Minister Netanyahu also announced that there will be no limits on the gathering size come mid-June provided there are no set backs.

The Western Wall in #Jerusalem, #Israel reopened today. This is how it's being run – split into numerous sections, with designated, numbered spots for #Jewish pilgrims to pray while safely spaced apart. pic.twitter.com/ouO8a2q2qa

Reports suggest that up to 300 people will now be able to access the Jewish holy site. Though the restrictions are being eased, there will still be certain measures in place. All visitors will be required to wear a mask, have their temperature taken upon entry, and record their personal data in some sort of an entry journal.

If the maximum number of worshipers is reached, worshipers will need to wait outside while keeping two meters distance from others until room becomes available.

New reality at the Western Wall in #Jerusalem maximum 300 people allowed at the plaza, while people are praying in restricted areas, 2 meters apart. Covering for @i24NEWS_EN tonight. pic.twitter.com/TIFKZdtX13

The two lions on the way down to the Western wall have been prepared for visitors to start coming back….
See you soon!!! pic.twitter.com/7R9R0M12C0