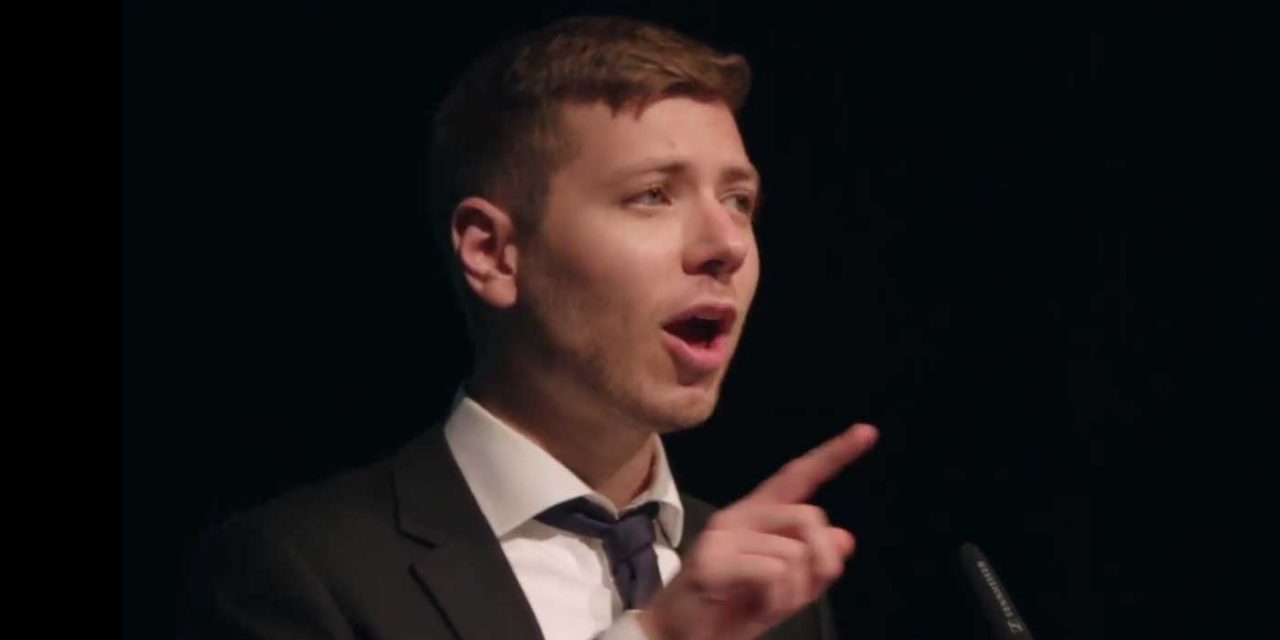 Prime Minister Benjamin Netanyahu’s son Yair has called on Germany to immediately stop its “outrageous” policy of providing funds to radical Israeli and Palestinian NGOs that are bent on bringing an “end to the Jewish state” and making Israelis feel as if Germany sees the Jewish state as its “colony.”

“For some reason the German government, the ministry of foreign affairs and especially the German ministry of economic cooperation (BMZ) are funding hundreds of radical NGOs and foundations in Israel that work tirelessly to destabilize the country,” the younger Netanyahu said at a speech to a Christian audience in Stuttgart, Germany earlier this month (video above).

“These organizations are openly anti-Zionist, anti-Jewish, anti-Christian, anarchists and pro-Palestinian,” he added.

He noted that Germany was also funding radical organizations tied to the Palestinian Authority that support the Boycott, Divestment and Sanctions (BDS) movement against Israel.

Netanyahu told his pro-Israel audience that the number one way they can help the Jewish state is to put pressure on the German government to stop using public money to fund these NGOs.

“The NGOs have nothing to do with Israeli-German relations,” he said. “One hundred percent of them are dealing with internal Israeli affairs.”

Netanyahu then went on to outline their purported agendas, including advocating for “Israel to give away half of its land, Judea and Samaria” to its enemies, “persecuting and harassing soldiers,” calling for “abolishing the Jewish identity” of Israel or else advocating “flooding Israel with immigrants.”

Others still, Netanyahu said, are calling for the “replacement of the elected, conservative government of Israel with a left-wing government — against the will of the people.”

The main common goal of these anti-Israel organizations funded by Germany, Netanyahu charged, “is to bring an end to the Jewish state as we know it.”

Some of the NGOs in the PA funded by Germany not only support the boycott of Israel, Netanyahu said, but also have direct links to terror organizations.

“This kind of behaviour between two democratic allies is unprecedented and frankly outrageous,” he said.

“For us in Israel it almost feels as if Germany is treating us as its colony or as a third-world failed state instead of treating it like the important ally that it is,” Netanyahu said.

“Israel’s democracy is strong and robust and does not need any help from Germany or the EU,” he added.

According to the Israeli prime minister’s son, “Germany would never dare to fund such organizations or bluntly interfere with the internal affairs of any other democracy on earth.”

He added that if the situation were reversed and the Israeli government were funding organisations in Germany engaged in internal affairs such as immigration or the country’s relations with the EU, Israel’s envoy in Berlin would be “kicked out of Germany.”

Netanyahu explained some of the NGOs are not funded by the German government directly. Often, the money is funnelled through political parties or church aid organizations, such as the virulently anti-Israel German NGOs Bread for the World and World Peace Service, a German government agency. Both organizations provide funds to a Palestinian NGO that employs convicted terrorists.

According to Netanyahu, if the German public insisted on using public funds for foreign countries, that money should go toward causes that really need it, such as alleviating poverty in Africa or aiding refugees from Syria, South Sudan and Yemen.

“The core definition of foreign aid money is for this purpose and not for interference in the internal affairs of a friendly democracy,” he said.