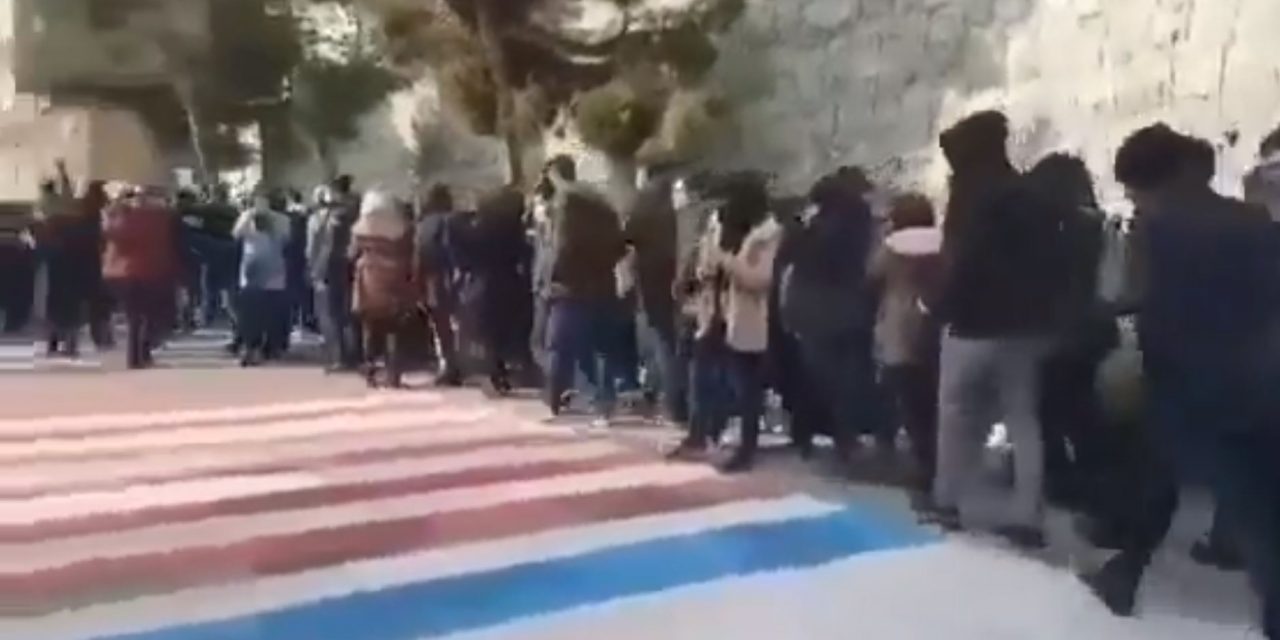 Thousands of Iranian protesters took to the streets of Tehran at the weekend to demonstrate their opposition to the regime.

Among them were university students angry at the regime over the shooting down of the commercial airlines last week.

Video footage emerged only showing crowds deliberately avoided walking over giant Israel and US flags that were placed on the floor to mock the Iranian regime’s enemies. Those who chose to walk over them were booed by the majority of Iranian protesters who recognise that Iran’s problems do not rest with the West but with the totalitarian dictatorship.

The flags are understood to have been painted by members of the pro-regime Basiji  (affiliated with the IRGC) at the main entrance of the Shahid Beheshti University in Tehran. Insulting the US & Israel national flags is a common practice of the Khamenei’s propaganda machine.