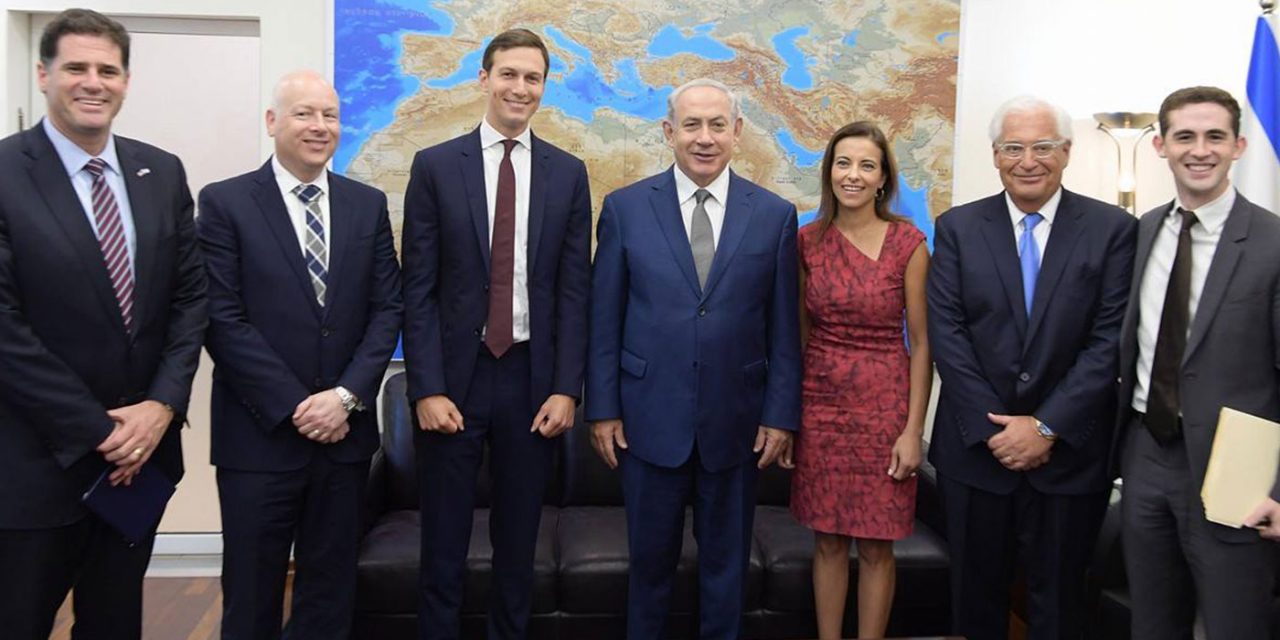 The delegation led by Kushner, who is President Donald Trump’s son-in-law, included special Middle East peace envoy Jason Greenblatt, U.S. Deputy National Security Advisor for Strategy Dina Powell, and U.S. Ambassador to Israel David Friedman. The hope of the delegation is to reignite the prospect of peace talks between Israel and the Palestinians.

“We have a lot of things to talk about: how to advance peace, stability and security in our region – prosperity too. And I think all of them are within our reach. So I’m happy to see you and the effort that you’re leading on behalf of the President, with Jason and members of your team. I think this is a sign of the great alliance between us and the great goals that guide us,” Netanyahu told Kushner during an appearance with reporters prior to the start of the meeting.

Kushner responded: “That’s true. Well, we’re very appreciative of your team and all the efforts that they’ve made. The President is very committed to achieving a solution here that will be able to bring prosperity and peace to all people in this area, and we really appreciate the commitment of the Prime Minister and his team to engaging very thoughtfully and respectfully in the way that the President has asked them to do so.”

“The relationship between Israel and America is stronger than ever and we really thank Prime Minister Netanyahu for his leadership and his partnership,” he added.