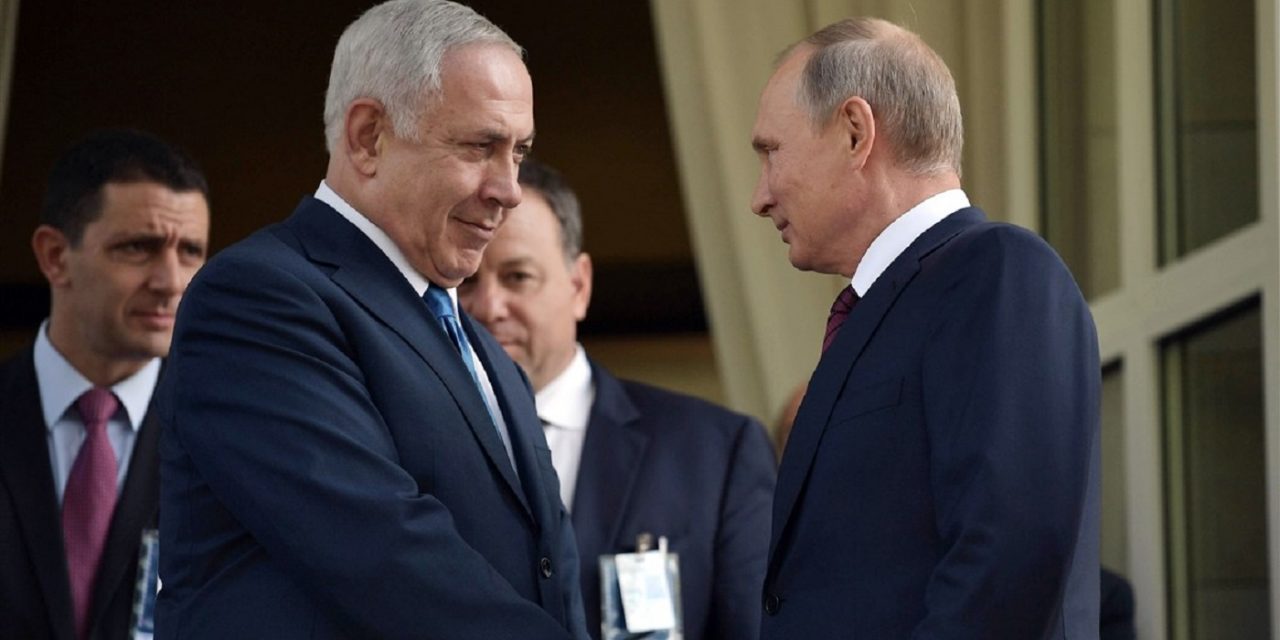 Netanyahu, who held a conference call with Israeli reporters after the meeting, said just as Iran took control of Lebanon through its proxy Hezbollah, its aim is to do the same in Syria through tens of thousands of Shi’ite militiamen already in the country.

The prime minister, accompanied by Mossad head Yossi Cohen, the newly appointed head of the National Security Council, Meir Ben-Shabbat, and Likud minister Ze’ev Elkin who served as his translator, flew to Sochi on the Black Sea for the meeting, returning to Israel shortly after it ended. This is Netanyahu’s fourth trip to Russia in the last 16 months, and his sixth meeting with Putin during this same time frame.

Netanyahu said the majority of his discussions with Putin focused on the situation in Syria. He said the reason he wanted to hold talks now with the Russian leader was because the situation inside Syria has changed very rapidly over the last few weeks.

Similar talks, he said, were held last week in Washington by a high-level security delegation headed by Cohen.

Netanyahu said that Islamic State will soon be defeated in Syria, something he characterized as a welcome development.

However, the problem this creates “is that Iran is going into areas where Islamic State evacuates.”

Netanyahu said Iran is not hiding its intention to create a land bridge from Iran to the Mediterranean, and transfer Iranian forces – air, sea and ground – to Syria to supplement the Shi’ite militia already there.

“The intention is to use this against Israel,” he said.

The prime minister said he made it clear to Putin that this development is very grave for Israel, as well as for others in the region.

“We will not remain passive,” he stressed, adding that he said this in “a clear and detailed manner” to the Russian president.

Netanyahu said he has made clear in the past that Jerusalem cannot agree to the establishment in Syria of Iranian airbases, military bases or a naval port on the Mediterranean, which will then be used against Israel.

He did not reveal how Putin responded, beyond saying that in previous meetings with the Russian president “such conversations served the security of Israel and Israeli interests and I also believe Russia’s interests as well. I think I can say the same thing based on today’s conversation.”

Netanyahu presented Putin with Israel’s understanding of the situation based on intelligence, and he said the Russian president also told him “a couple of things that I did not know.” However, he would not elaborate.

Netanyahu added that there is a notion in Russia, as well as elsewhere around the world, that when Israel sets redlines, it stands behind them. Israel wants to prevent a regional war, he said, adding that therefore it is important to warn beforehand “of things that could lead to a deterioration of the situation.”

Jerusalem is intensively lobbying both Moscow and Washington to ensure that once Syria’s civil war ends, all foreign forces will leave the country.

Russia’s Ambassador Alexander Shane said on Channel 1 on Tuesday evening that Russia agrees that “there should be no foreign forces in Syria, including the Iranian army. [But] at this stage, we must support the peace process, the current government and the struggle against terrorism.”

Netanyahu, sitting alongside Putin for a photo opp before the meeting, said: “We do not forget for one minute that Iran continues to threaten Israel’s destruction every day. It is arming terrorist organizations and is itself instigating terrorism; and it is developing intercontinental missiles with the goal of arming them with nuclear warheads.

For all these reasons, Israel continues to oppose Iran’s entrenchment in Syria. We will defend ourselves in any way against this threat and any threat.”