WATCH: Labour Momentum activists shout “shame on you” at Haringey councillors during vote over anti-Semitism motion 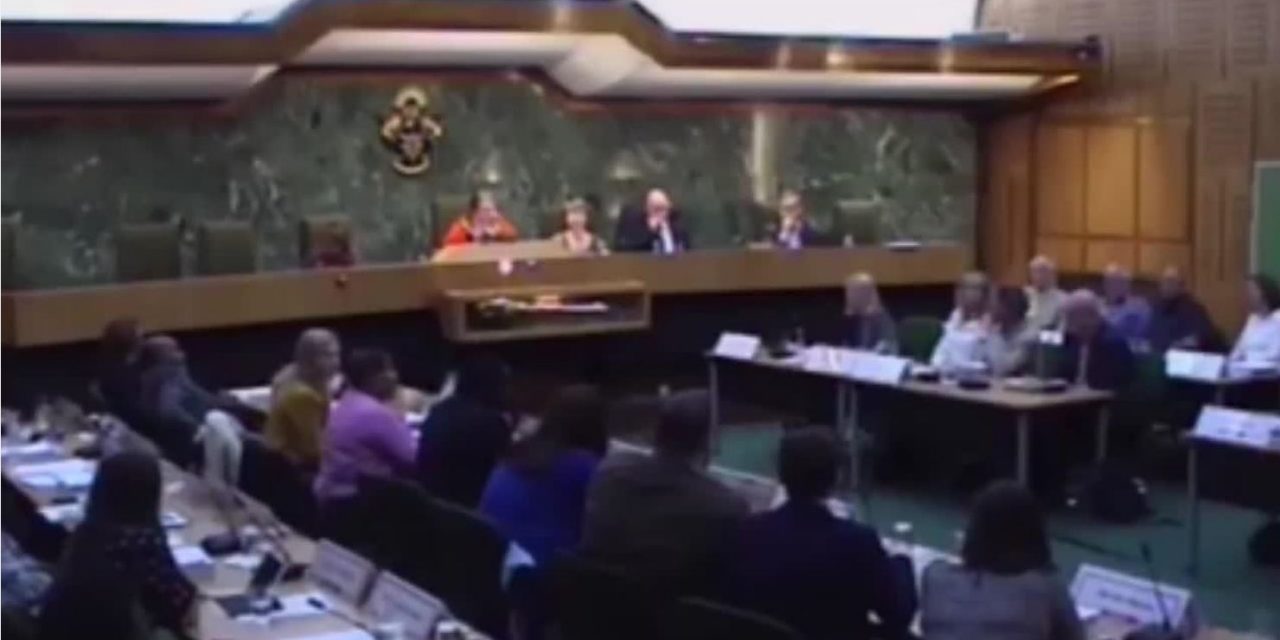 Haringey Council, a borough of London, has adopted the International Definition of Antisemitism amid threats and heckling from the public gallery from “Labour Party members”.

Council Leader Claire Kober, a Labour Party councillor, proposed a motion to adopt the definition, and the motion was seconded by Gail Engert of the Liberal Democrats, with the support of both parties. The motion was passed unanimously, however activists interrupted proceedings repeatedly by shouting from the public gallery, with one voice heard shouting: “We will see you at your Constituency Labour Party.”

According to Jewish Chronicle, the pro-Corbyn, hard-left “Momentum” group had earlier encouraged members on Facebook to attend the north London council meeting to oppose the motion.

The group said Haringey Momentum was working with Haringey Justice for Palestinians to oppose the “proposed adoption of the International Holocaust Remembrance Alliance guidelines on antisemitism.

“Some of the guidelines equate legitimate criticisms of the Israeli state with hatred towards Jews and therefore have the effect of suppressing support for the national rights of Palestinians.

“The campaign for councils to adopt these guidelines – which is not Labour Party national policy – has been ramped up in the context of the denigration of Corbyn’s leadership of the Labour Party.”

A national senior Momentum figure wrote on social media that Monday’s protest was a “local decision” and was not backed by the main group.

Despite the protests councillors voted to adopt the definition.

As the meeting concluded, the council posted a statement on Twitter which said: “Both parties on the council have proposed adopting the IHRA definition of antisemitism as part of wider commitment to community cohesion.”

Haringey Council is made up of 49 Labour councillors and eight Liberal Democrats.