BREAKING: Palestinians celebrate as ALL new security measures are removed at Temple Mount 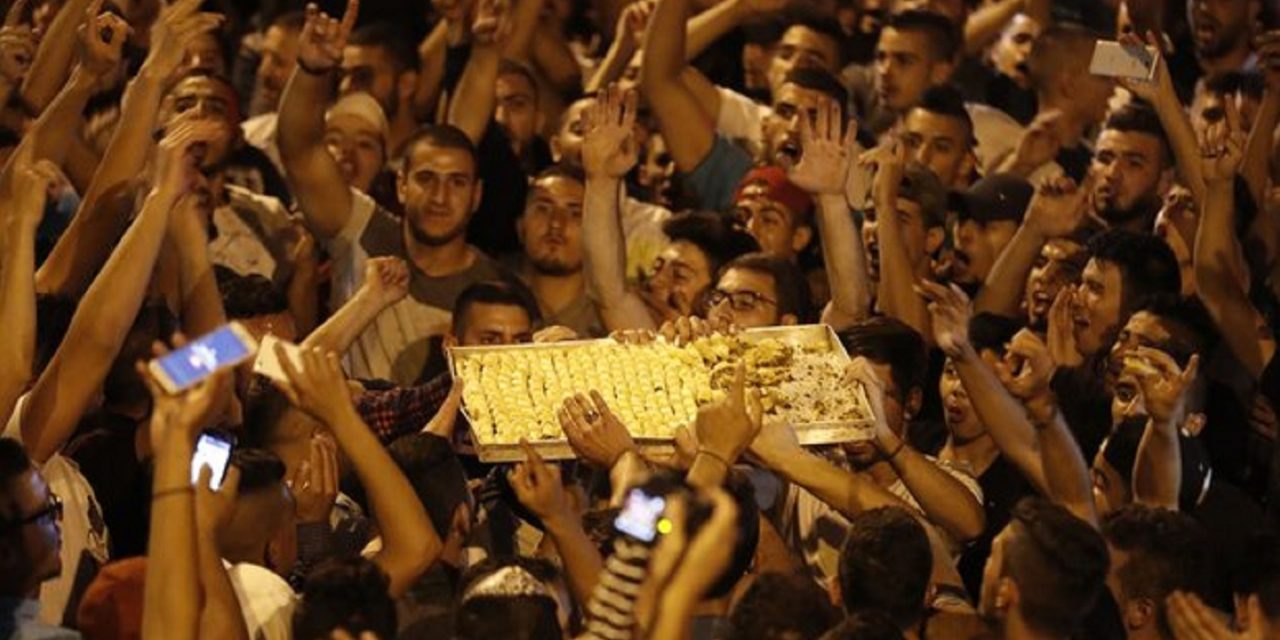 The mufti of Jerusalem, Mohammed Hussein, declared on Thursday that the Muslim boycott of the Temple Mount due to new Israeli security measures has ended, after police removed all infrastructure placed recently at entrances to the holy site.

“Things have returned to what they were, so we will pray in Al-Aqsa,” he told the Saudi-based news station Al Arabiye.

Palestinian Authority President Mahmoud Abbas issued a statement calling for prayer services to be held in the Al-Aqsa Mosque. The call was echoed by Jerusalem’s Muslim religious authorities, which urged worshipers to pray on the Mount rather than at their local mosques.

Muslims have been refusing to enter the site since security equipment, including metal detectors and cameras, was installed after a shooting attack on July 14, in which three Arab Israelis used weapons smuggled into the sacred compound to kill two Israeli policemen.

The mufti’s statement came shortly after Israeli police said early Thursday that all the new security measures, which had driven deadly unrest in Jerusalem and the West Bank, had been removed.

The tense two-week standoff between Israel and Muslim worshipers at the holy site persisted despite the removal of metal detectors on Tuesday, sparking concerns of major unrest surrounding Friday prayers.

“The police returned the security measures to how they were before the attack,” Israel Police spokeswoman Luba Samri told The Times of Israel. “The metal detectors, the cameras, the barriers, the scaffolding — everything that was added has now been taken down.”

The removal of the installations overnight prompted Palestinian crowds to celebrate in the streets near the site.

Muslims have refused to enter the site and have been praying in the streets outside since Israel implemented the measures. Palestinians said they viewed the move as Israel asserting further control.

Israeli authorities said the metal detectors were needed because the July 14 attackers smuggled guns into the compound and emerged from it to attack the officers.

Samri, the police spokeswoman, said Israeli authorities had “done absolutely everything in order to return the situation to its original state.” Still, she added, security assessments would continue and the additional security measures could be returned.

“Everything is possible,” she said. “Yes, it could change again.”

Abbas, the Palestinian Authority president, declared in the wake of the installation of the new measures that he was severing security coordination with Israel. On Thursday he did not immediately say whether the removal of the last remaining installations meant he’d roll back that decision.

“The issue of the Al-Aqsa Mosque was only one of the issues that led to the freezing of security coordination,” he said in televised comments. “In light of what is happening in Jerusalem, we continue our research and discussion… meaning, not all things have ended…. There are other issues.”