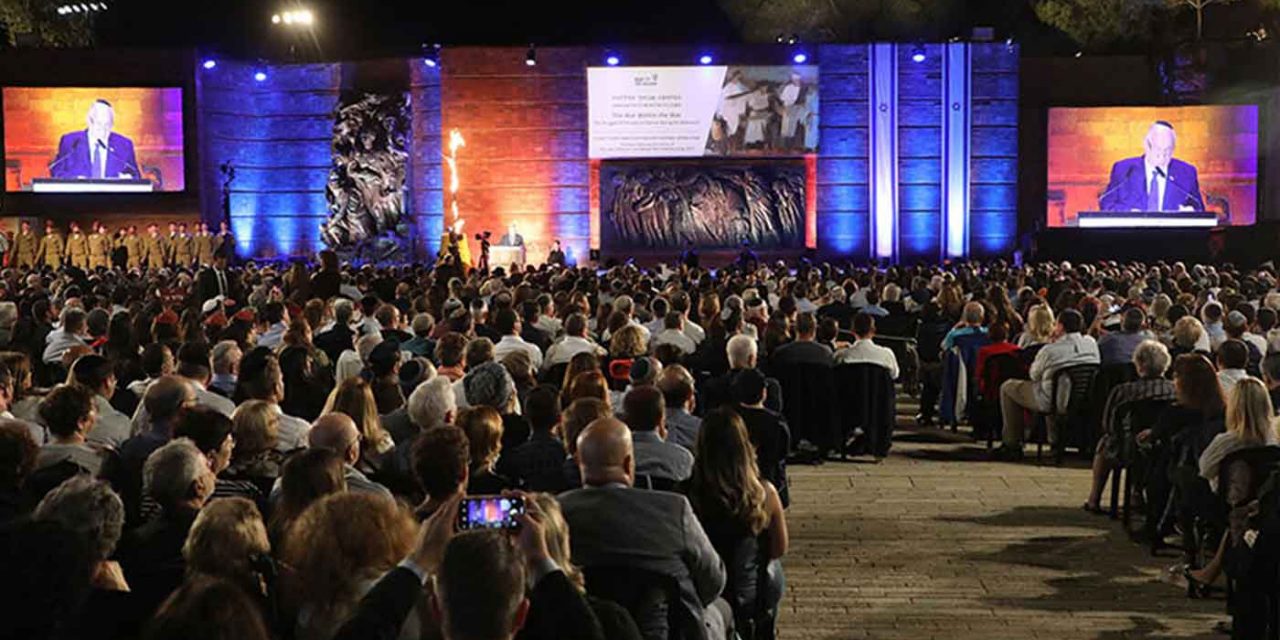 The event featured speeches from Israel’s Prime Minister Benjamin Netanyahu and President Reuven Rivlin, as well as musical performances and six Holocaust survivors were given the honour of lighting the traditional torches in honour of the six million who were killed.

Israel’s President Reuven Rivlin noted how Yom HaShoah was bringing Israelis from all political perspectives and walks of life together.

“For many years, the left and right in Israel fought over memory but today, the perspective of time allows us to try and find the way to remember together. ‘Their love, their hate and their jealousy have long since vanished’, we read in Ecclesiastes. No more left and right when it comes to the memory of the Holocaust, no more secular and religious, no more Zionists and non-Zionists, no more Sefardim and Ashkenazim, but one people remembering together, grieving together for its dead, our sons and daughters,” <a href=”http://www.israelnationalnews.com/News/News.aspx/262624″>said</a> President Rivlin.

The full event can be seen in the video below.

(The video features an English translator speaking over the original Hebrew)