US: Four arrested after bending Jewish family’s menorah into swastika 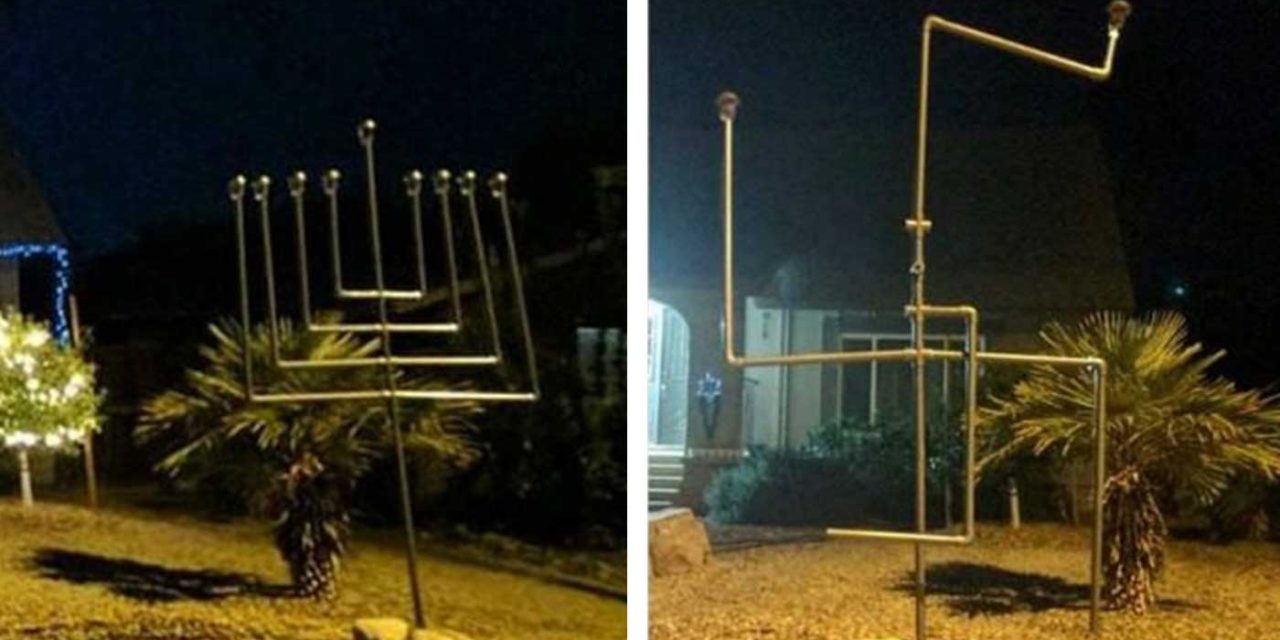 Four Arizona teens have been arrested on suspicion of twisting a large decorative menorah outside a Jewish family’s home into a swastika.

The arrests were reported Friday by the Arizona Republic newspaper.

Naomi and Seth Ellis had erected the 7-foot menorah in front of their house over the Hanukkah period after their three sons, aged 5, 6 and 9, asked for lights in their front garden like their neighbours Christmas decorations.

The menorah was constructed using PVC pipes that were spray-painted gold and solar powered lights were fixed on top for the candles.

On 30 December 2016, the four teens are suspected of trespassing on the family’s property and bending the menorah into the shape of a swastika.

The next morning police officers came to the property and helped Naomi and Seth dismantle the swastika before the children could see it.

However, the family were determined this incident would not ruin their celebration and rebuilt the menorah once again. Touchingly, around 100 people (family, friends and neighbours) gathered in the Ellis’s front yard to light the rebuilt menorah.

Unfortunately, police are seeing this not as a hate crime, but as “first-degree criminal trespass” and “aggravated criminal damage”.

The teens have been released pending charges.