US Embassy adds ‘West Bank and Gaza’ to Twitter name, then changes back 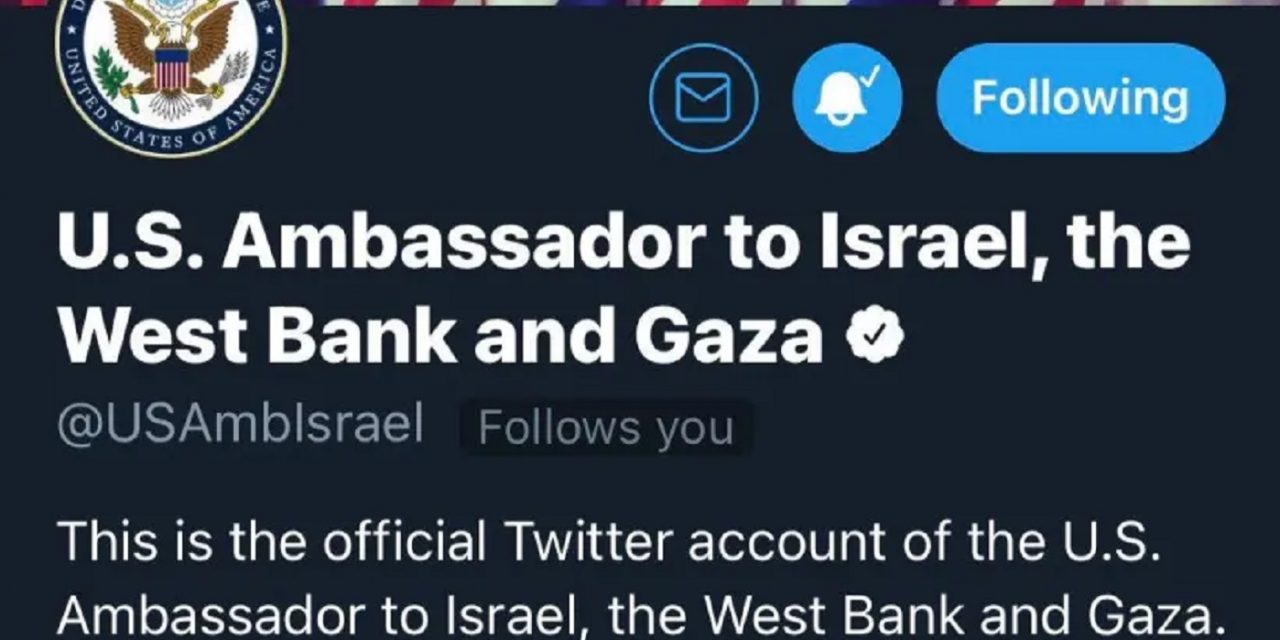 The US ambassador to Israel’s Twitter name was changed to say he is also ambassador to the West Bank and Gaza on Wednesday, before it was quickly changed back.

The name changed sparked speculation on social media that the Biden administration had forced the change, though the title had not been changed on the embassy website.

Observant twitterati noticed a short-lived update to the account of the US Ambassador to Israel (@USAmbIsrael), adding "West Bank and Gaza" to name & bio. Likely rogue move reveals much about the political mindset of junior US diplos stationed in Israel.
🔗https://t.co/nfVkvDJf8i pic.twitter.com/ByjhmBeaFa

In a shocking move by a church denomination in the 21st century, the US Presbyterian Church movement has succumb to pressure from antisemites and passed a series of hostile anti-Zionist...
Read More
Share
Tweet
Email
More
22 Shares