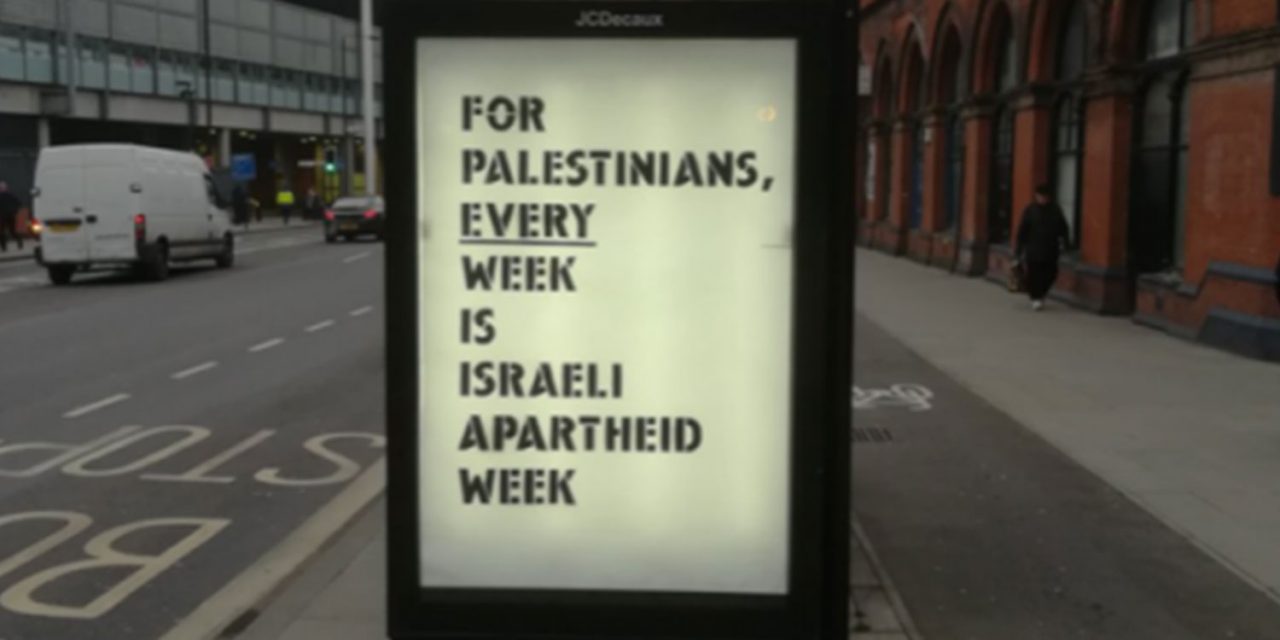 Councillors in Barnet have thanked Transport for London (TfL) for swiftly removing Israel Apartheid Week posters, which had appeared illegally around London, declaring: “For Palestinians, every day is Israel Apartheid Day.”

The posters were not attributed to any organisation.

Conservative Councillor Dean Cohen praised TfL Commissioner Mike Brown “for acting so quickly to address this issue,” adding: “He has given his assurance that if there are others around then they will be removed.”

Israel Apartheid Week has emerged around the end of February as a result of the international Boycott, Divestment and Sanctions (BDS) movement, aiming “to raise awareness of the pseudo Israel’s apartheid system over the Palestinian people.”

The appearance of anti-Semitic unauthorised posters has previously been reported. In 2016, also during Israel Apartheid Week, when up to 150 unauthorised posters depicting Israel’s alleged treatment of Palestinians appeared on London Underground trains across the capital making what the London Jewish Forum called “awful smears”.

This incident pushed Prime Minister Binyamin Netanyahu to ask Israel’s foreign ministry director, Dore Gold, to raise the matter with British government officials while on a trip to London. “I asked him to demand from the British government that the posters be removed,” he told parliamentary colleagues.

Similarly, in 2017, TfL banned a Palestinian poster campaign on the London underground that was anti-Israel and against the Balfour Declaration.

TfL rejected the adverts because they “did not comply fully with our guidelines,” a spokesman said. Clause 2.3(h) refers to “images or messages which relate to matters of public controversy or sensitivity”. TfL also bans causes that are “party political”.

The so-called “Israel Apartheid Week”, in an antisemitic event that seeks to delegitimise the state of Israel. Watch the video below to see the truth.