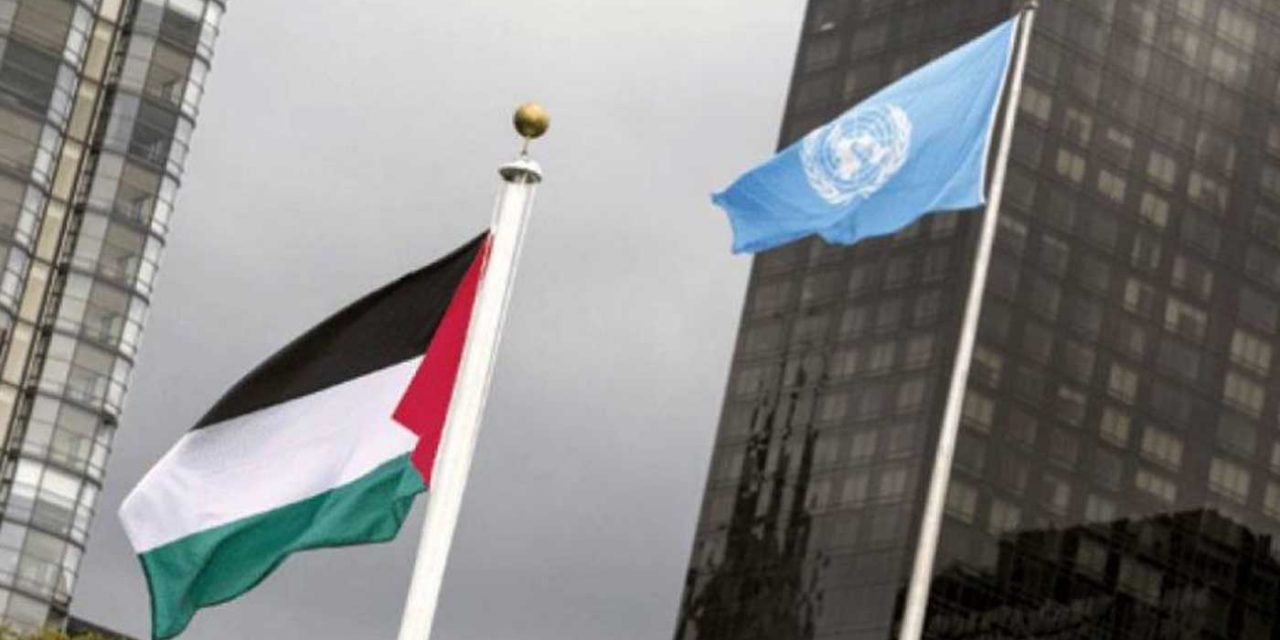 The lobby group, UN Watch, is urging countries that donate to UNRWA to hold the UN body to account and to act on its pledge to tackle anti-Semitism within its ranks.

Now, the group has put together an appeal that was handed by UN Watch executive director Hillel Neuer to Swedish Foreign Minister Ann Linde, who is co-chairing the international donor conference for UNRWA which is taking place this week in Brussels.

Outside the meeting, Neuer said: “I came here to Brussels today to urge our governments attending the UNRWA international donors conference to finally hold the agency to account for its teachers who poison the minds of Palestinian schoolchildren with incitement to anti-Semitism and terrorism.”

“I’m here urging delegations from the US, EU, Canada, UK, France, Germany, Sweden, Netherlands, Italy, Australia, Switzerland and many other countries to demand that their money to UNRWA – our taxpayer funds – not go to teachers who glorify Hitler,” Neuer said.

While UNWRA told delegates that it was acting against incitement – Deputy Commissioner-General Leni Stenseth stressed that “commitment to humanitarian principles, including neutrality is unwavering for UNRWA” and claimed that “there are extraordinarily few verified breaches of neutrality” – Neuer said, “the opposite is true.”

Neuer added: “The agency has failed to provide even minimal transparency as to who it investigated from the list of 113 anti-Semitic teachers provided by UN Watch.”

UN Watch additionally called for donor states to ask UNRWA to reveal which 6 of the 113 named employees were reportedly suspended.

The watchdog’s appeal also expressed concern over recent statements by Lazzarini that “characterized legitimate oversight and accountability of his agency as ‘politically-driven attacks.’”

“It’s time that UNRWA honours its solemn pledge to the United States and other donors to apply a real ‘zero tolerance’ policy, which means ensuring there is no place in the agency for teachers and other staff who incite racism, hate and violence,” said Neuer.