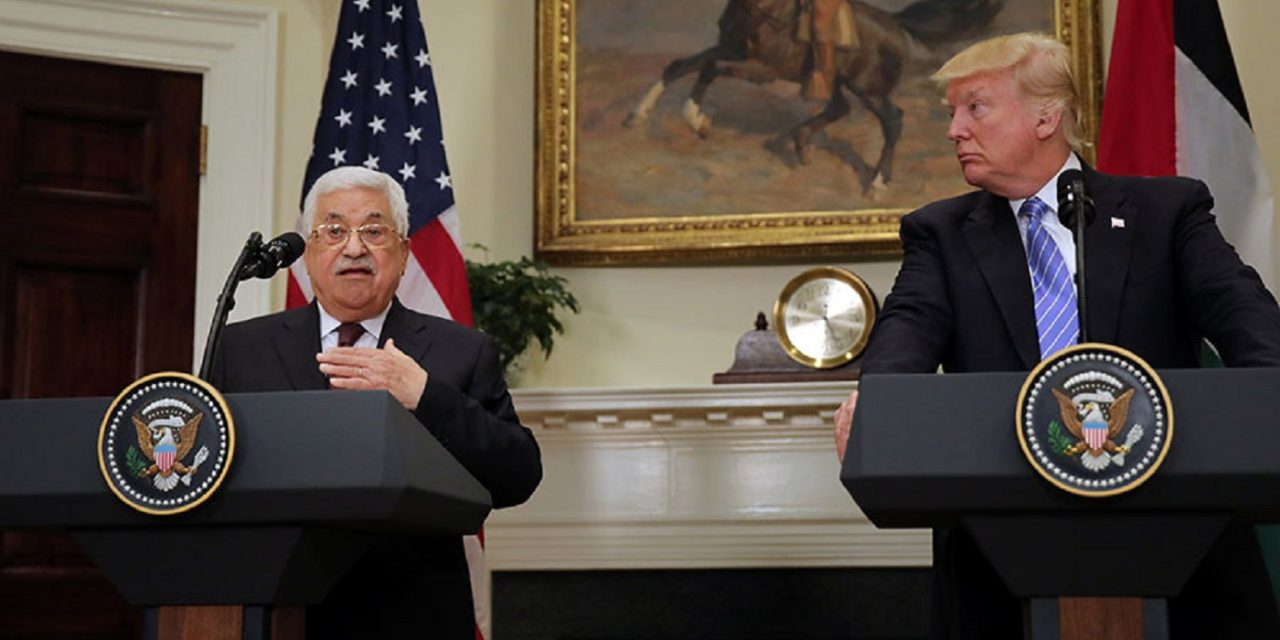 The Palestinians will present President Donald Trump’s negotiating team with an ultimatum at their upcoming meeting with Palestinian Authority (PA) Chairman Mahmoud Abbas.

The ultimatum states that unless progress is made within 45 days on launching talks with the Israelis, the Palestinians will consider themselves no longer committed to the US mediation and will turn to an alternative plan to push for unilateral United Nations recognition of a Palestinian state.
A senior Palestinian source told Shlomi Eldar, a senior Palestinian affairs reporter writing for Al-Monitor, that Abbas, 82, is running out of the time and cannot waste it on “games.”

Abbas is demanding that Trump publicly declare the two-state solution as the only solution and that he insist Israel “stop creating facts on the ground” through construction in Jerusalem, Judea and Samaria.

Trump has said he would accept any solution that would resolve the conflict. “Looking at two-state and one-state, and I like the one that both parties like,” he said in February, at a joint press conference with Prime Minister Benjamin Netanyahu in Washington.

“If we don’t hear within a month and a half that the American team has stopped talking and started doing, Abbas intends to mobilize anyone and everyone he can for the UN General Assembly session on the establishment of a Palestinian state, regardless of the Israeli and American reactions,” the official told Al-Monitor.

The “united Arab position,” Palestinian Authority Foreign Minister Riyad al-Maliki had stated, is that “there will be no peace without the establishment of a Palestinian state within the ’67 borders.”