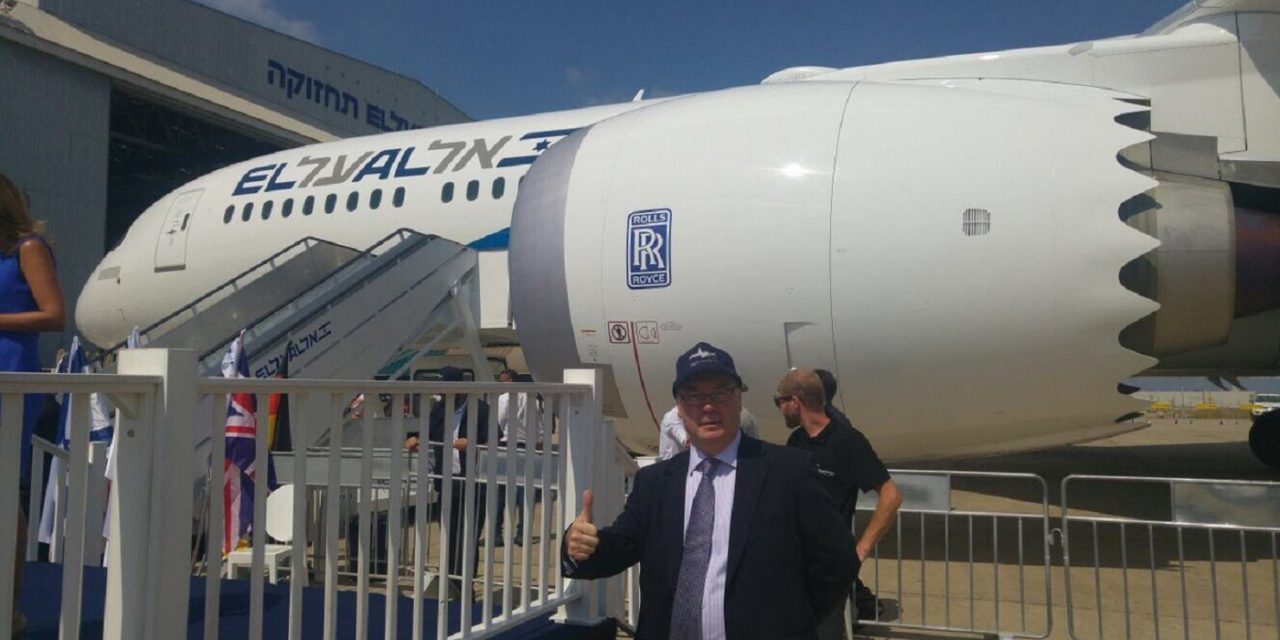 The first Boeing 787 “Dreamliner” with Rolls-Royce engines has been delivered to El Al, marking the fruition of the biggest-ever trade deal between the UK and Israel.

In a ceremony on Wednesday morning at Ben Gurion airport, thousands of onlookers were present for the aircraft’s arrival from the Boeing factory. They included Alistair Burt, UK Minister for the Middle East and North Africa. Mr Burt praised Britain’s “longstanding relationship with Israel.

“I have witnessed first-hand the strength of this partnership in many areas from trade and investment to technology and innovation”, he said.

“This relationship will continue to grow and benefit both of our nations.”

Barry Grossman, director of trade and investment at the British embassy in Israel, was also at Ben Gurion to meet the plane. He described the moment as “a historic occasion.

“It was a very special occasion and I was very proud to be there”.

The plane’s maiden passenger flight will take place in September. It will initially by flying to North American destinations before being deployed on longer-haul routes.

El Al made the decision in 2015 to buy 16 Boeing 787s as part of an overhaul of its ageing fleet. The airline had a choice of engines; it could select engines manufactured in America, or the UK’s Rolls Royce Trent 1000 engines. Rolls Royce won the contract, which, at £1 billion, is the largest trade deal to date between the UK and Israel.

“Delivering these engines marks an important milestone in our relationship with El Al which dates back more than 60 years. During that time we’ve powered a range of aircraft for El Al including the Boeing 707, Boeing’s first jet airliner.

“In due course Rolls-Royce will provide engines to power a further 15 Boeing 787 Dreamliner aircraft for El Al.”