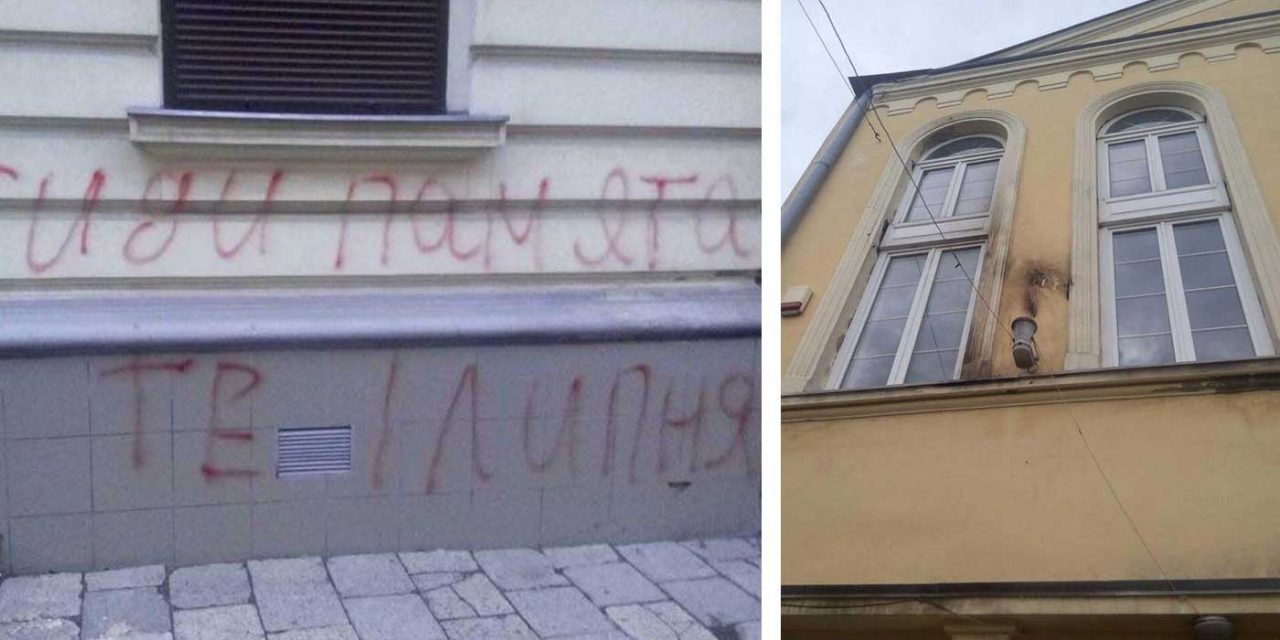 Unidentified individuals hurled a firebomb at a synagogue and, in a separate incident, wrote antisemitic slogans on another Jewish community building in the western Ukrainian city of Lviv.

The incident involving a firebomb occurred on June 30 but was discovered only Monday. The perpetrators look to have aimed the firebomb at a window of the synagogue on Mikhovsky Street, seemingly looking to smash the window an cause a fire inside, but fortunately they missed the window and hit the building facade. The contents of the firebomb fell to the foot of the building and burned there, resulting in no damage to the interior. No one was hurt in the incident.

The antisemitic slogans painted on a former building of the community on Sholem Aleichem Street included the words” “Down with Jewish power” and: “Jews, remember July 1,” an apparent reference to a pogrom that took place in Lviv on that date in 1941.

These incidents follow a number of anti-Semitic incidents in Ukraine, including the murder of a Jewish rabbi, who was brutally beaten at a train station and died of his wounds in April.

According to JTA, in recent days Jewish groups in Ukraine and abroad protested the municipality’s sponsoring of a celebration of Roman Shukhevych, a collaborator with the Nazis whose troops perpetrated the July 1 pogroms. In Ukraine, many people admire Shukhevych because he fought Russian domination, alongside the Germans, before his UPA militia group turned also against the Germans.

Shortly before the celebration, titled Shukhevychfest and held on the nationalist’s 110th birthday, city officials in Lviv published online security camera footage of vandals painting Nazi symbols on a Holocaust memorial in a bid to identify them.