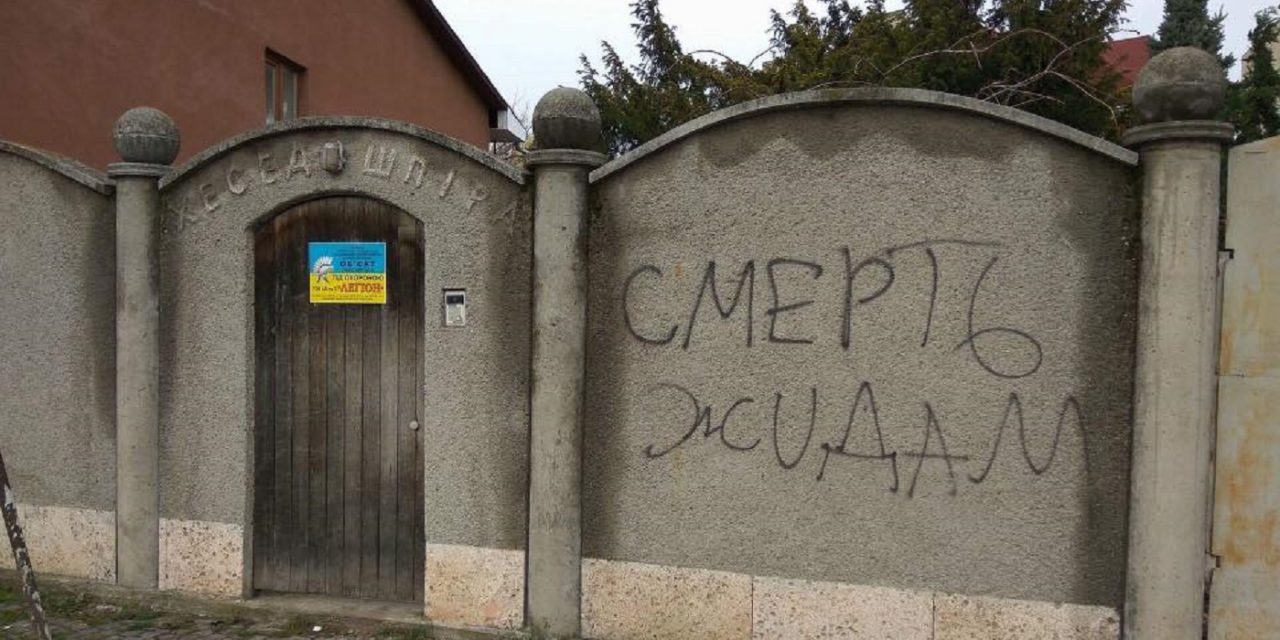 An anti-Semitic slur was painted on the wall of a Jewish charity in western Ukraine.

The black graffiti saying “death to the kikes” was discovered Monday on the exterior wall of Uzhgorod’s Hesed Shpira charity, which is funded by the American Jewish Joint Distribution Committee, or JDC, Eduard Dolinsky, director of the Ukrainian Jewish Committee, wrote Monday on Facebook.

The incident, which Dolinsky said occurred Sunday night, follows several cases of death threats and vandalism against Jewish institutions in western Ukraine, including at cemeteries and synagogues.

The incidents have taken place amid a divisive public debate in Ukraine on the conferring of state honors to nationalists who incited hatred against Jews during the 1930s and 1940s, including for some who collaborated with the Nazis.

On Monday, President Reuven Rivlin of Israel stressed the need to fight anti-Semitism during a meeting at his residence with the visiting foreign minister of Ukraine, Pavlo Klimkin.

“’Never again’ is an imperative for the whole world, not just for the Jewish people,” Rivlin said at the meeting, according to a statement from his office.

The statement added: “I am certain you will continue to fight uncompromisingly against anti-Semitism and all racism.”