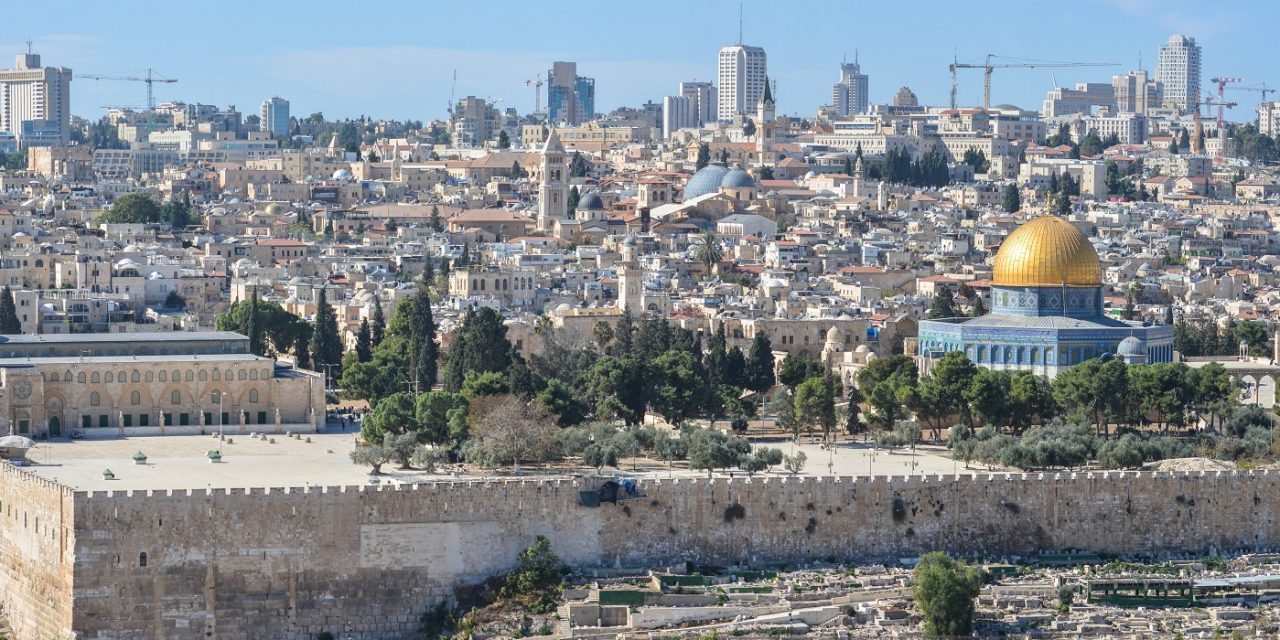 The United Kingdom has voted in favour of a series of anti-Israel resolutions brought to the UN this week by Cuba, including a resolution that refers to the Temple Mount as its Muslim name.

In total, seven resolutions singled out or condemned Israel and there were zero resolutions concerning the rest of the world. On Wednesday, UN General Assembly’s decolonisation committee, which includes all 193 member states, adopted all the resolutions. One of the texts condemns Israel for “repressive measures” against Syrian citizens in the Golan Heights, another condemned Israeli settlements in the West Bank, another renews the mandate of the corrupt UN Relief and Works Agency (UNRWA), while another renews the mandate of a UN special committee to investigate “Israeli practices affecting the human rights of the Palestinian people” – the only resolution that the UK abstained on.

In one of the most staggering acts of condemnation against Israel by 138 counties, including the UK, was a draft resolution that referred to the Temple Mount solely as an Islamic holy site, referring it only by its Muslim name of al-Haram al-Sharif. Descriptions in Hebrew and English were excluded.

Although the text of the resolution did mention the connection between Jerusalem and Christianity and Judaism, only referring to the Temple Mount in its Muslim name is considered as an attempt by the UN to delegitimize and erase the Jewish connection to its holiest site.

Nine countries, including Israel, voted against the resolution. These were Australia, Canada, Guatemala, Hungary, Marshall Islands, Micronesia, Nauru and the United States. Hungary’s decision marked a significant change in policy for the country. 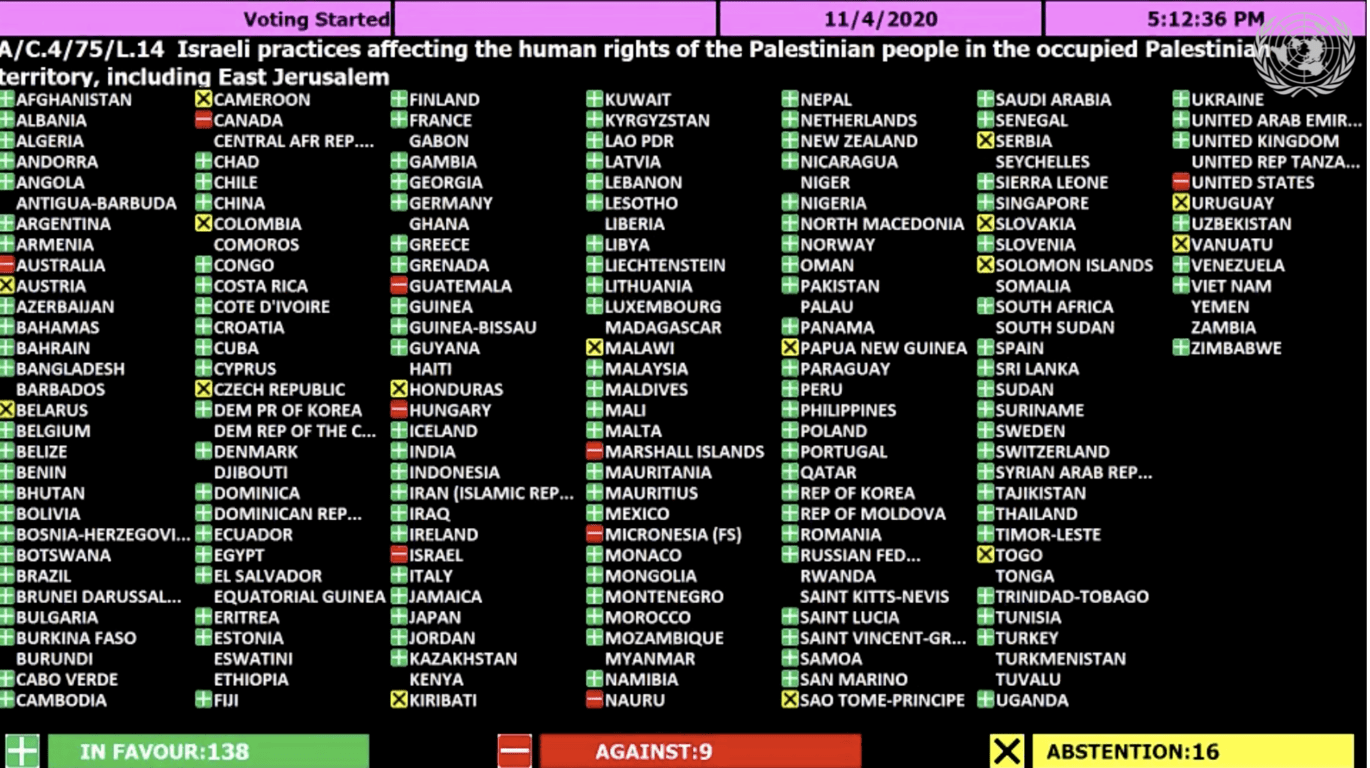 Israel’s Ambassador to the UN Gilad Erdan called the passage of the text “a disgrace.” He added, “No resolution passed here will change the eternal connection between the Jewish people and the holiest site of our faith – Har HaBayit, the Temple Mount,” Erdan said.

“For years, the Palestinians have promoted language that includes only the Muslim term of “Haram al-Sharif” and purposely excludes the Jewish name – Temple Mount,” he said.

“A growing number of countries are moving their embassies to Jerusalem, our united and undivided capital,” Erdan told the UN.

“Unlike this chamber, which is detached from reality, a growing number of nations are acknowledging that Jerusalem is the undeniable capital of the Jewish people and the Jewish state,” Erdan said.

Erdan told UN member states that their “support has emboldened the Palestinians to not only deny the Jewish connection to these sites, but to deny Muslims access to them, too, while threatening violence. By supporting these resolutions you share responsibility for this behavior.”

A German representative, who spoke on behalf of the European Union, said that in spite of the support of many of the member states, the EU opposed solely using al-Haram, al-Sharif to describe the Temple Mount. He stressed the “need for language on the holy sites of Jerusalem to reflect the importance and historic significance of the holy sites for the three monotheistic religions.“

It was almost precisely the same statement the EU made last year, along with the same warning that it might pull its support from the resolution unless that language was changed. “The future choice of language may affect the EU’s support of this resolution,” the German representative warned.

The Palestinian representative thanked the UN member states for their support, which is the “clearest answer to the hostile, undiplomatic statement and false accusations and distortions made by the Israeli representative in this hall.”

Have a nice day. pic.twitter.com/Qk6jDwVwXe

Hillel Neuer, executive director of UN Watch, a Geneva-based, independent non-governmental watchdog organization said, “The UN today showed contempt for both Judaism and Christianity by passing a resolution that makes no mention of the name Temple Mount, which is Judaism’s holiest site, and which is sacred to all who venerate the Bible, in which the ancient Temple was of central importance.”

“The UN’s assault on Israel with a torrent of one-sided resolutions is surreal,” said Neuer.