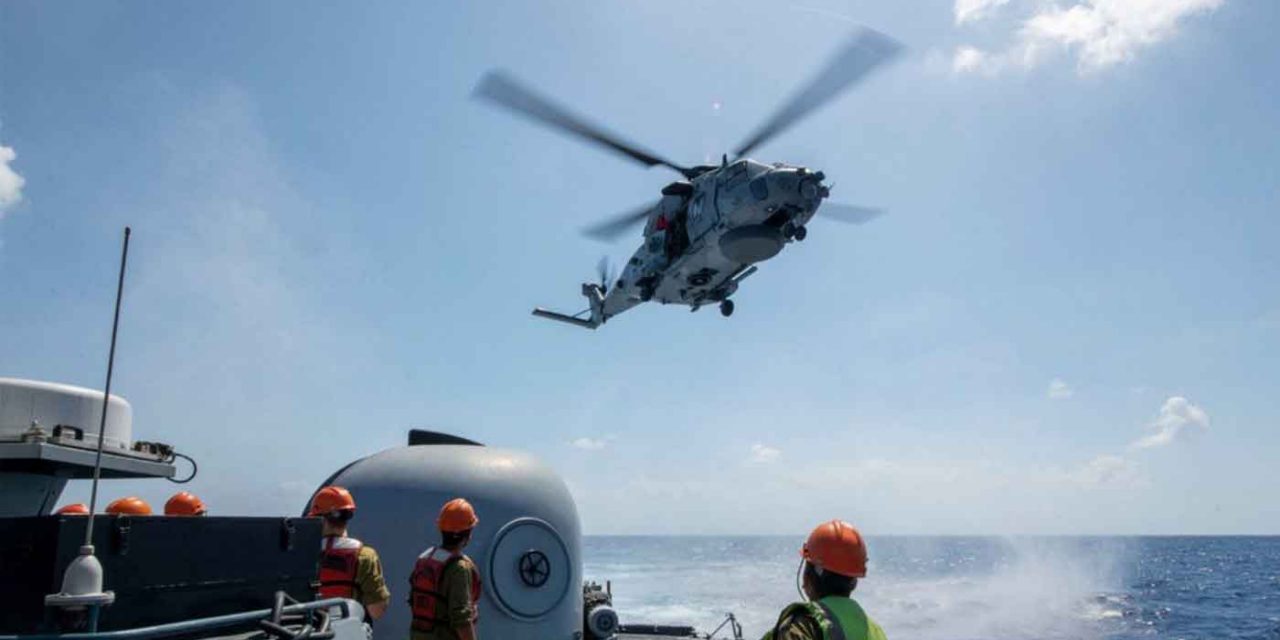 Britain’s Royal Navy went to Israel last week to take part in a first-of-its-kind Israeli-led multinational exercise dedicated to earthquake response, in a drill which brought representatives from 10 naval forces, as well as NATO, to the Haifa Port on Israel’s northern coast.

The week-long “Mighty Waves 2019” exercise, which included ships and personnel from the United States, France and Greece, as well as representatives from the United Kingdom, Canada, Germany, Italy, Cyprus, Chile and NATO, was the largest-ever naval exercise led by the Jewish state.

“This is the largest international exercise the Israeli navy has led to date,” said Brig. Gen. Gil Aginsky, commander of the Haifa naval base.

The navies simulated a 7.5-magnitude quake centered in the Beit Shean Valley in northern Israel with 7,000 dead, 100,000 wounded, hundreds of buildings damaged, including hospitals and national infrastructure such as water and power supplies, leaving over 150,000 people homeless.

10 Navies came together in Israel to train

Posted by Christians United for Israel – UK on Monday, 12 August 2019

Goals of the exercise included the establishment of a “sea gate” to enable the safe passage of humanitarian aid to Israel, the coordination of multiple national and international organizations, and search and rescue operations at sea.

The drill operated on the assumption that most of the humanitarian aid arriving in Israel in the wake of such a disaster would arrive by sea rather than by air, given the far greater storage capacities of sea vessels and Israel’s situation amid enemy countries.

It also factored in possible damage to the country’s ports, and was based on the creation of a Naval Coordination Center comprised of Israeli ports, security and naval authorities, emergency and medical services and representatives of foreign navies.

According to a report in The Times of Israel, the simulation scenarios were developed by Israel’s National Emergency Management Authority, known by its Hebrew acronym, RACHEL, based on the earthquake scenarios in Haiti in 2010 and Japan in 2011.

Israel is situated on the Great Syria-Africa Rift, a fault line running along the border between Israel and Jordan.

The last major earthquake along that line was a 6.2 magnitude temblor in 1927, which killed 500 people. Seismologists have warned that Israel is due for another tectonic event, with one occurring approximately every 100 years.