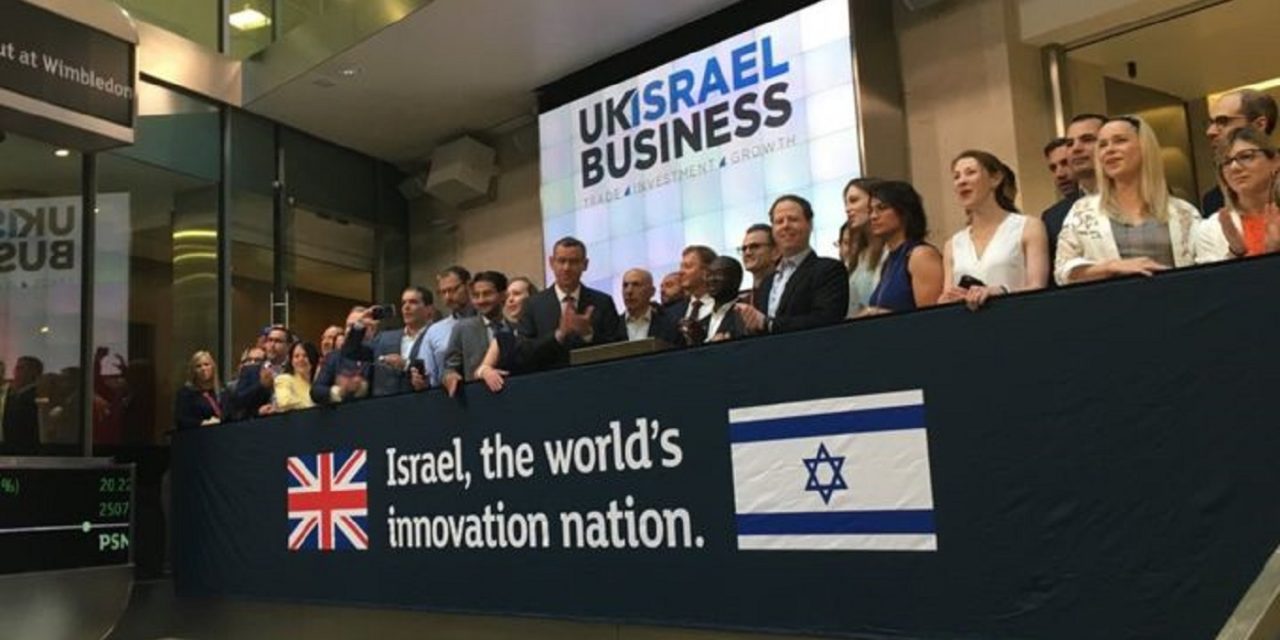 Exports from the UK to Israel sky-rocketed in the first six months of this year to £2.6 billion – an incredible 75 percent increase.

The Israeli Central Bureau of Statistics noted that UK exports to Israel in the first half of last year by comparison were considerably less at £1.5 billion.

“The new figures reflect what we see on the ground,” said Barry Grossman, director of international trade at the British Embassy in Israel.

“More British companies are interested in the Israeli market, and many Israeli companies realise that the next year presents a huge opportunity to create new business contacts in the world’s fifth largest economy and its biggest financial hub.”

The export boom, which excludes diamonds, was led by a surge in demand for minerals, machinery, electrical equipment and chemical products, as the UK government now looks beyond the European Union for new trading relationships.

Over the last two years there have been strong signs of mutual Israeli interest in Britain, with a third more Israeli firms setting up in the UK since the Brexit referendum result two years ago.

Last week Prime Minister Theresa May said she wanted that trend to continue, saying: “As the United Kingdom forges a bold new future outside the European Union, we will be seeking free trade deals with our partners around the world.”

In reference to Israeli innovation, she added: “As a great start-up nation, an engine of enterprise, a world leader in technology, and a great friend of Britain, I want to see an ambitious free trade deal between our countries.”