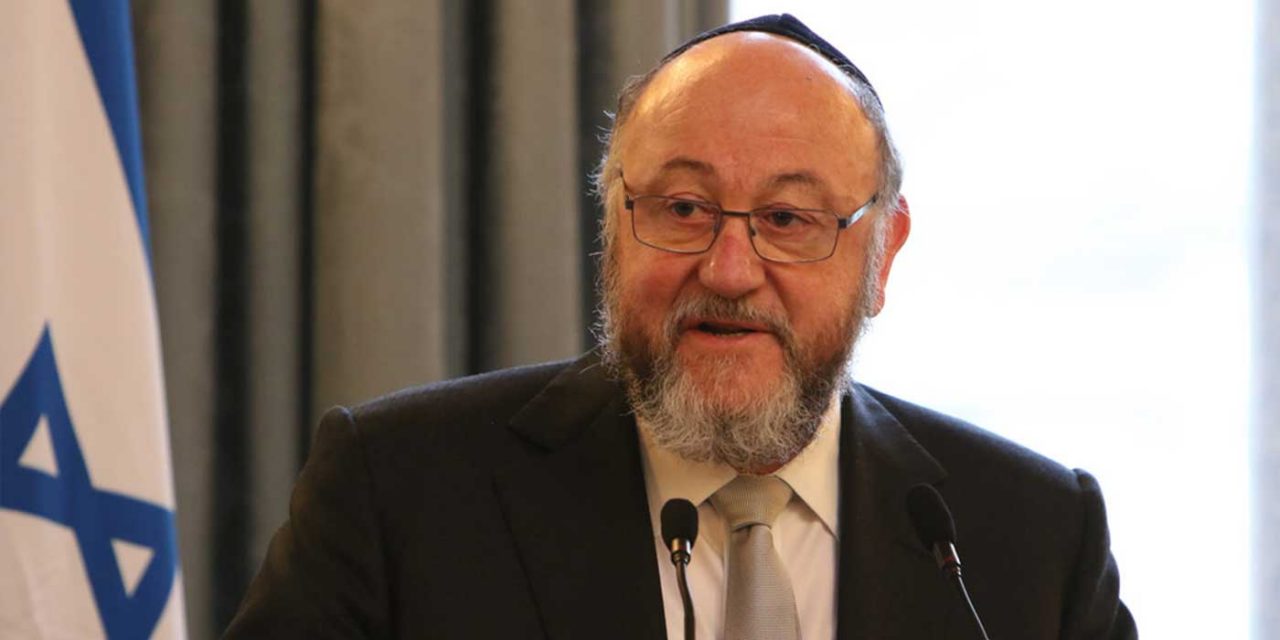 The Chief Rabbi of the United Kingdom warned the Labour Party it would send an “unprecedented message of contempt” for British Jews by adopting a softened version of anti-Semitism and places Labour “on the wrong side” in the fight against racism.

“Adoption of Labour’s new alternative to the internationally accepted IHRA definition will send an unprecedented message of contempt to the Jewish community,” wrote Mirvis. “Other groups might also legitimately ask if they will be next in having the prejudice they are subject to defined for them.”

“This is a watershed moment. Those who vote for anything but the full IHRA definition will be placing themselves on the wrong side of the fight against racism, anti-Semitism and intolerance,” the chief rabbi added.

“It is astonishing that the Labour Party presumes that it is more qualified than…the Jewish community to define antisemitism,” Mirvis said.

Unfortunately, Jeremy Corbyn’s Labour party has ignored the warnings of the Chief Rabbi and the Jewish community as a whole by adopting a redefined version of the IHRA.

The IHRA definition is widely approved by the Jewish community throughout Europe and has been adopted by 31 countries, including the UK, our police force and numerous councils accross the country. It is outrageous that Labour, the party struggling to tackle anti-Semitism within its own members, decided it knows better than Jews and has redefined what anti-Semitism is. Shocking.