Two killed in synagogue shooting in Germany on Yom Kippur 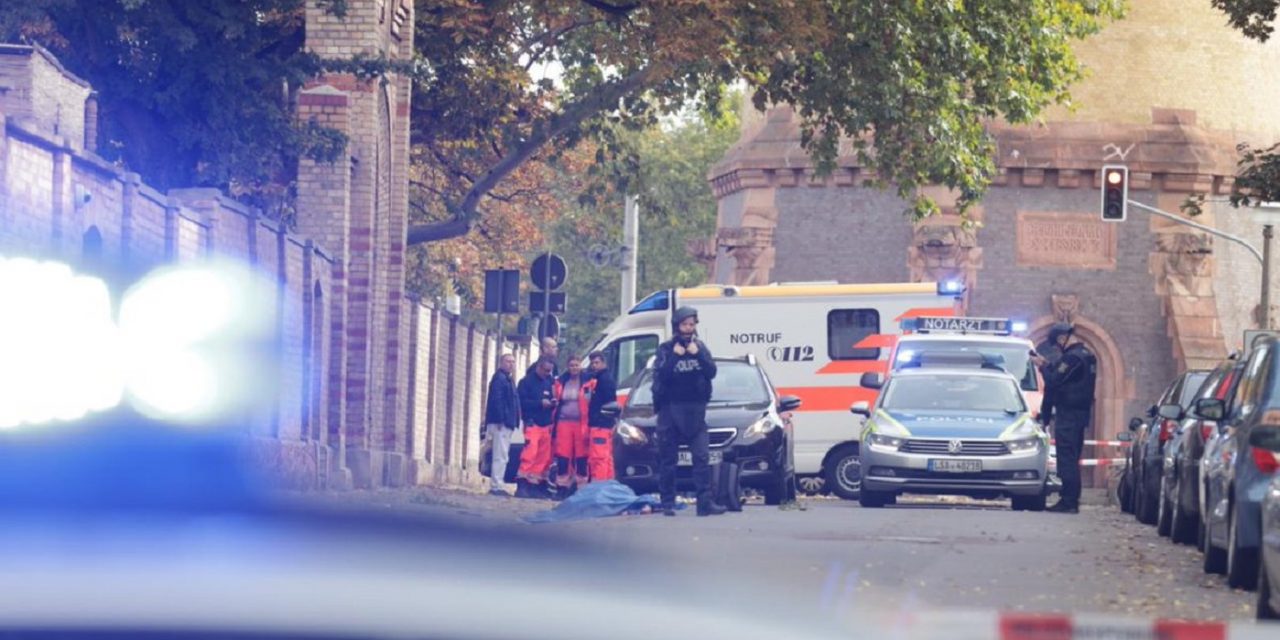 Two people have been shot dead outside a synagogue in Halle, Germany, with the attackers currently on the run from police.

Reports say the several shots were fired from a sub-machine gun and a hand grenade was thrown at the synagogue before the attacker or attackers escaped in a car.

The police warned residents in the area to stay in their homes as no-one had yet been arrested. One witness said that an attacker had thrown a Molotov cocktail or grenade over a cemetery wall.

#BREAKING An alleged footage from the shooting in #Halle. Reports that the attacker/s had also fired shots into a kebab shop pic.twitter.com/ziDxCCAdwS

The Halle regional broadcaster said that after the attacker or attackers fled there was another shooting nearby. Police have also warned residents in Landsberg, 25km (15 miles) north-east of the city, to stay in their homes.

Today is Yom Kippur, the holiest day of the year for Jews. We stand with the Jewish community in Germany, where anti-Semitism is on the rise, as well all Jews around the world on this sacred day. You are not alone.

This is a developing story