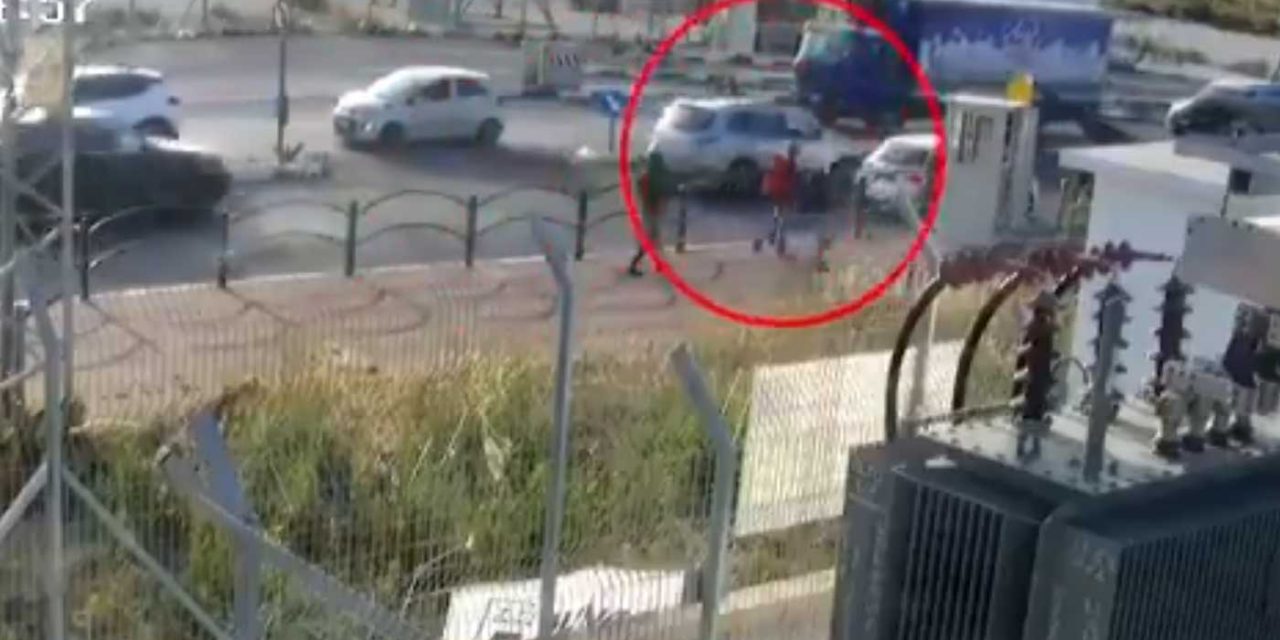 Three 19-year-old yeshiva students were injured, two of them seriously, in a drive-by shooting at a bus stop in Samaria (northern West Bank) on Sunday evening.

The shots were fired from a passing car at the Tapuah Junction south of Nablus. Security camera footage of the attack (above) showed the silver SUV pull up to the bus stop and hit the brakes — seen at the 16-second mark — before someone inside opens fire. The students and a soldier who was at the scene are seen scrambling to take cover behind a concrete barrier, as the car then speeds off in the direction of Ramallah.

Medics said one of the victims, Yehuda Guetta from Jerusalem, was in critical condition and received CPR en route to the hospital, while the second seriously injured man, Benaya Peretz from Beit Shean, was in and out of consciousness. The third, Amichai Hala from Safed, sustained light injuries, medics said.

The nearby settlement of Itamar said the victims were students at its yeshiva, or seminary.

West Bank drive-by shooting at #Tapuach Junction leaves three injured, with the #IDF launching a manhunt and setting up checkpoints, @DanielTsemach says, 'in order to sniff out the perpetrators.' pic.twitter.com/wrLINWkimk

The vehicle that is believed to have been used in the shooting attack was found outside a nearby Palestinian village on Monday.

Photos of the car began circulating on Palestinian social media showing that it was hit by at least two bullets, one of which shattered the back windshield and the other hit the trunk door. That matched the claims by soldiers at the scene, who said they returned fire at the vehicle after the driver shot and gravely wounded two Israeli teenagers, and a third lightly.

Shortly after the spotting of the vehicle outside the town of Aqraba, Israel Defense Forces troops arrived at the scene in order to confiscate the evidence. Clashes subsequently broke out between the soldiers and Palestinian locals, who managed to set the van alight before it was seized by the troops.

Israeli politicians reacted to the terrorist attack and vowed to find those responsible.

“IDF and security forces will not rest until they get their hands on the terrorists who carried out the attack,” Defense Minister Benny Gantz said in a statement after the shooting.

Prime Minister Benjamin Netanyahu said he was sure that security services would track down the assailants quickly.

“We will not allow terror to raise its head, and we will strike our enemies forcefully,” Netanyahu said in a statement.

President Reuven Rivlin offered “heartfelt prayers” for the recovery of those injured in the attack.

“We stand with the forces working to catch those responsible and vow once again we will not let heinous terrorism raise its head,” Rivlin said in a statement.