Theresa May slams Corbyn for allowing “anti-Semitism, misogyny and hatred” to “run free” 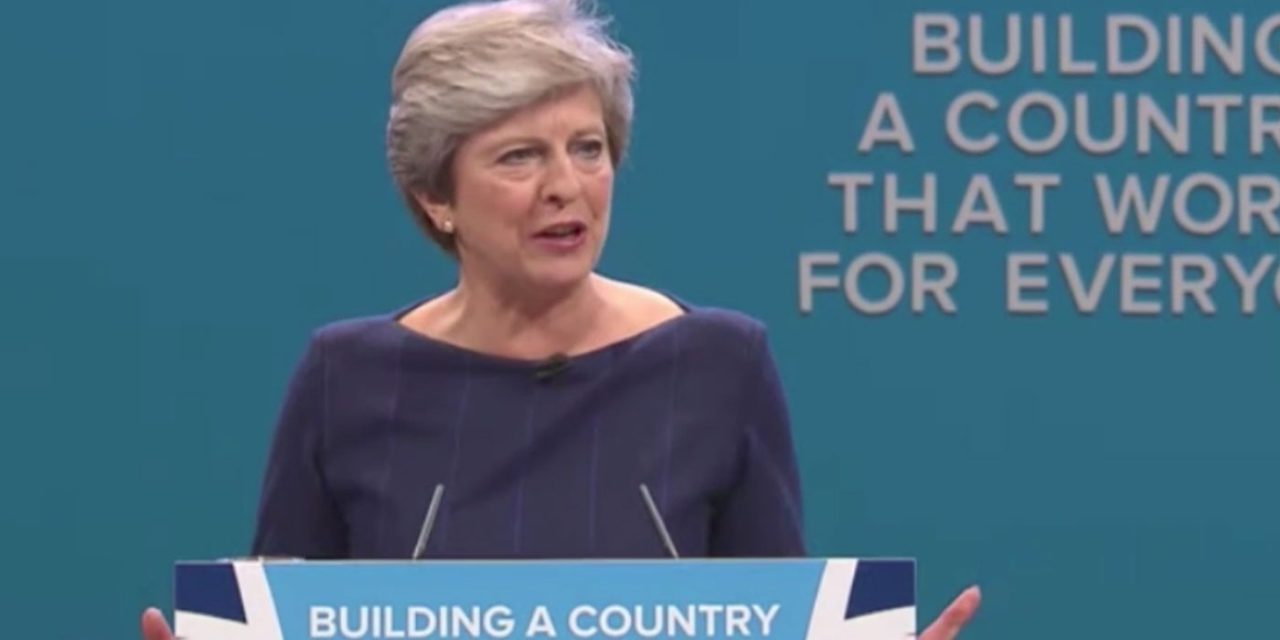 Prime Minister Theresa May used a part of her speech at the annual Conservative Party conference to slam Labour leader Jeremy Corbyn for allowing “anti-Semitism, misogyny and hatred run free” in his party.

Theresa May’s speech was interrupted by a “prankster” who presented her with a P45. She used the interruption to launch an attack on opposition leader Jeremy Corbyn, saying, “I was about to talk about somebody that I would like to give a P45 to, and that’s Jeremy Corbyn.”

Theresa May on Corbyn's silence over anti-Semitism in Labour

“Let me be clear; racism, intolerance and hatred has no place in British politics or British society." – Prime Minister Theresa May#AntiSemitism #ChristiansAgainstAntiSemitism

“And we don’t need to talk about Corbyn’s past, we can talk about his present… this is a politician who lets anti-Semitism, misogyny and hatred run free while he doesn’t do a thing to stop it,” she said to loud applause from the crowd.

“There is a problem when one of our two great political parties is so riven with the stain of anti-Semitism that even one of its own council leaders question if they will be welcome in his city again.” This comment is in relation to a Brighton Labour Council leader threatening that the Labour part conference may not be allowed to run in the city if they don’t change their ways.

The Prime Minister continued, “let me be clear; racism, intolerance and hatred has no place in British politics or British society. This party will never permit it, we will always stamp it out.”

The accusations levelled at Jeremy Corbyn come after last week’s Labour Party conference, where anti-Semitism dominated headlines throughout the week after anti-Semitic tropes were spoken from the main stage and at a fringe event.

Despite the controversy, the Labour leader failed to mention anti-Semitism in his keynote speech. He did, however, use the speech to bash Israel.

One of the largest applauses of his speech came when he said, “And let’s give real support to end the oppression of the Palestinian people [applause] the 50 year occupation and illegal settlement expansion and move to a genuine two state solution to the Israel-Palestine conflict.”