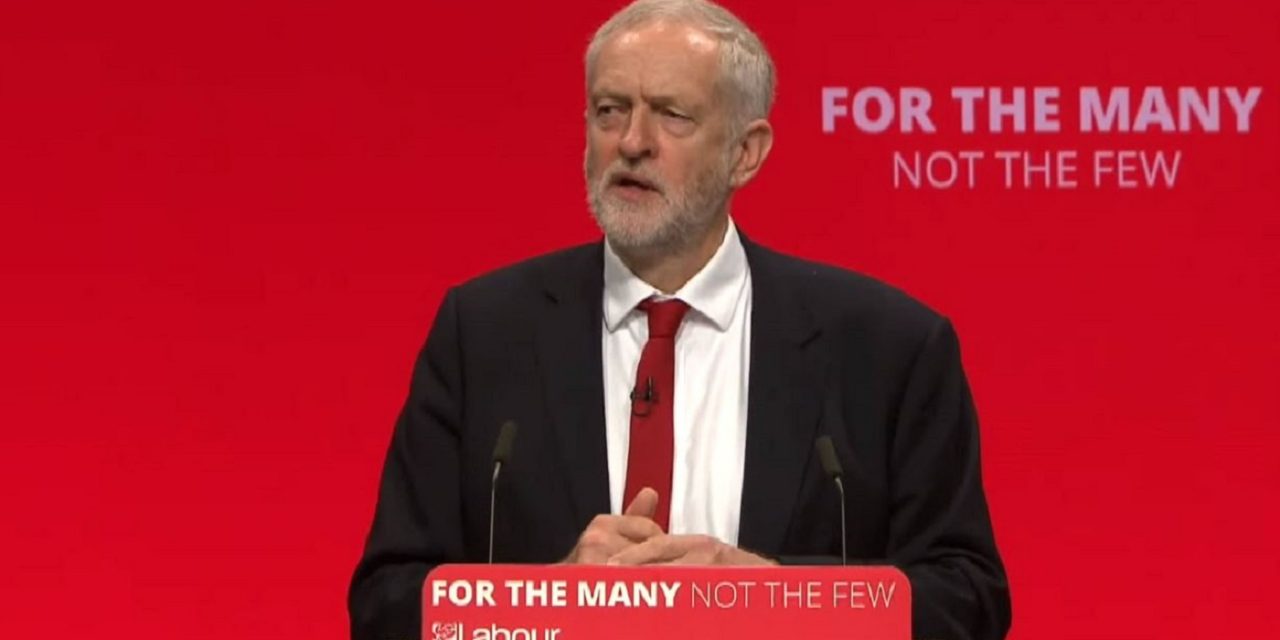 Jeremy Corbyn has spoken out against “50 years of occupation” and “oppression of the Palestinian people” during his keynote speech at today’s Labour Conference.

The comments received a standing ovation from the Labour supporting audience.

“And let’s give real support to end the oppression of the Palestinian people [applause] the 50 year occupation and illegal settlement expansion and move to a genuine two state solution to the Israel-Palestine conflict.”

The speech concluded the Labour Conference without Corbyn mentioning the problem of anti-Semitism in the Party, which has dominated the headlines this week.

Accusations of anti-Semitism came back to haunt the Labour Party after a fringe meeting appeared to compare the government in Israel to Nazi Germany. The session on Monday also featured activists calling for the Jewish Labour Movement and Labour Friends of Israel to be “kicked out” of Labour.

Meanwhile Warren Morgan, leader of Brighton and Hove City Council, warned if the party cannot provide assurances it will stamp down on anti-semitism the party will not be welcome at the council-owned Brighton Centre, where the annual conference was held.

WATCH: The moment #JeremyCorbyn receives a HUGE standing ovation as he promised support to end “oppression of the Palestinian people” and “50 years of occupation” during his keynote speech at today’s Labour Conference.Noticeably, there was no support for Israel against Palestinian terror, or sadly any mention of anti-Semitism.#Labour #Corbyn #Israel #LabConf

Corbyn attacks vile online abuse aimed at Diane Abbott: "we're not having it". But nothing about anti-Semitism at this conference #Lab17

#Corbyn now banging on about the oppression of Palestine (standing ovation). Nothing on the spike in Arab terrorism on Israeli Jews #Lab17

Why is Corbyn's reference to Israel/Palestine the one to get a standing ovation despite he having talked about Saudis in Yemen, Rohinga etc