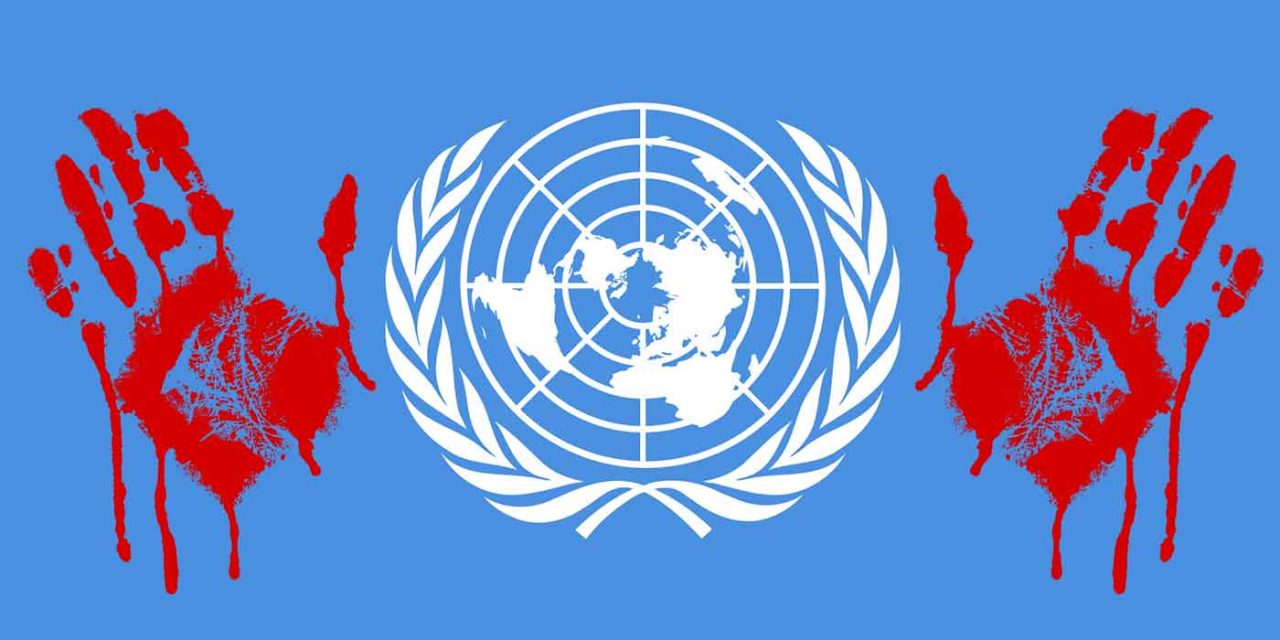 The United Nations has blood on its hands. Last week, the UN General Assembly voted on a resolution that would have condemned Hamas. This would have been the first condemnation handed out by the UN to the terrorist organisation that controls the Gaza Strip. Instead, however, the nations of the world failed to pass the resolution and once again let Hamas off the hook.

Whilst Israel has been condemned hundreds of times by the global body, including nine condemnations in a single day earlier this month, the terrorists of Hamas are yet to be condemned. And the anti-Semitism of the United Nations continues.

Just days after the UN failed to condemn Hamas, on Sunday, terrorists from the organisation specifically targeted a pregnant Israeli mother, two Israeli schoolgirls and other Israeli civilians at a bus stop and opened fire. Eight people were injured in the attack, but the most injured was the pregnant woman who was shot in the stomach and began to lose a lot of blood. Doctors were forced to deliver her baby prematurely in an attempt to save the lives of both mother and child. Unfortunately, despite intense efforts by medical teams, the baby died days later in hospital. Thankfully the mother has survived and is now on the road to recovery, defiantly vowing to have many more babies.

The response from Hamas was predictable, they praised the murder of an innocent baby as “heroic” and when Israel tracked down and eliminated the gunman, Hamas announced its “great pride” in the “death of its martyr Salih Omar Barghouti, the perpetrator of the heroic Ofra operation”.

Would this attack have taken place if international pressure was placed upon Hamas? Perhaps, however, the United Nations failure to condemn the group appears to have spurred them on to carry out further attacks with seeming impunity.

The day after the Israeli baby died, a flurry of further attacks took place. One of the incidents happened just 2km away from Sunday’s attack when another Palestinian terrorist gunman murdered two Israeli men; off-duty soldiers who were waiting at a bus stop. Another man and woman were also injured in the attack. There has also been a flurry of stabbing and car ramming attacks this week also.

All of these incidents are directly following the United Nations failure to condemn terrorism against Israelis.

And this is the sticking point. The UN is not only failing to condemn a terrorist organisation, but they are also failing to show that they care about the lives of Israelis. They are telling the world, and in particular, those who hate Israel, that it is okay that Jewish women and children are targetted and killed. This is the biggest crime of the United Nations’ actions.

The United Nations was established to prevent wars and protect innocent lives. The UN is now failing in its purpose. The United Nations still acts as the moral compass for the world, but the truth is it has lost its direction and it is unlikely to find its way again. It has been hijacked by those who hate the Jewish State and has become the global epicentre of anti-Semitism.

Shame on the United Nations and shame on every country that voted against and abstained from this resolution; every one of them has the blood of an innocent Jewish baby on their hands.