The BBC was founded on Biblical values 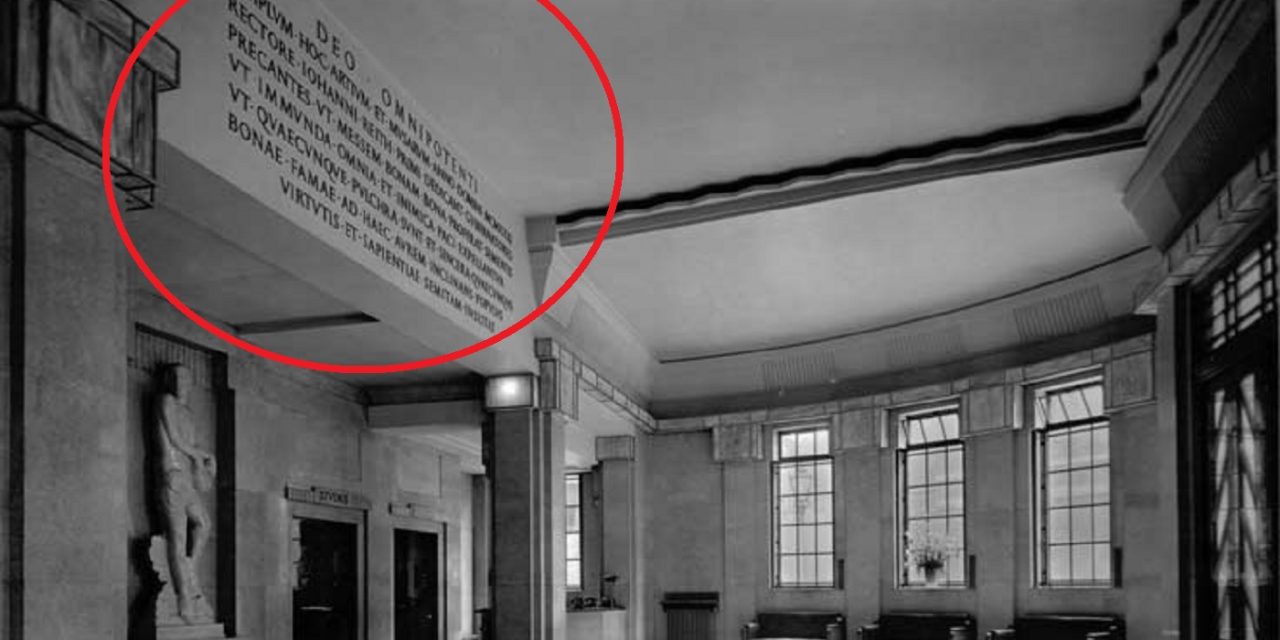 The BBC has changed over the years, but one thing many people may not be aware of is the Biblical principles upon which the corporation was founded.

A large Latin inscription of the BBC’s values statement was placed above the central archway in the entrance lobby (pictured), when the BBC’s broadcasting house in central London was opened in 1932. It remains in place today, surviving the 2010 renovation.

“This Temple of the Arts and Muses is dedicated to Almighty God by the first Governors of Broadcasting in the year 1931, Sir John Reith being Director-General. It is their prayer that good seed sown may bring forth a good harvest, that all things hostile to peace or purity may be banished from this house, and that the people, inclining their ear to whatsoever things are beautiful and honest and of good report, may tread the path of wisdom and uprightness”

This wording demonstrates the strong sense of Judeo-Christian values held by the founders and a belief that the corporation should be a force for good, for uprightness and honesty. It is said Sir John Reith approved of the sentiment, but wasn’t sure if the BBC could live up to it. He was right. The BBC has failed in its standards of reporting honestly and accurately in regards to the truth concerning Israel.

But it is a mission statement that is as important and relevant as ever. If the BBC is to become a reliable and honest source of information on Israel, it must reform and get back to its vision. Furthermore, its bias against Israel must be “banished” from the “house”.

This is why CUFI’s campaign launched last week aims to tackle the BBC’s coverage of Israel, which is often inaccurate, emotionally charged and irresponsible and can lead to increased anti-Semitism.

Stressing the seriousness of the problem, CUFI UK’ Executive Director says, “If we don’t act against BBC bias now, we will have a generation turned against Israel. It isn’t fair and balanced reporting when it verses on anti-Israel propaganda.”

Funded by the British public, the BBC is not living up to its founding principles in its coverage of Israel. Please take a few moments to email the government using the suggested wording in our automated form (the letter can be edited). A copy will be sent to your MP.