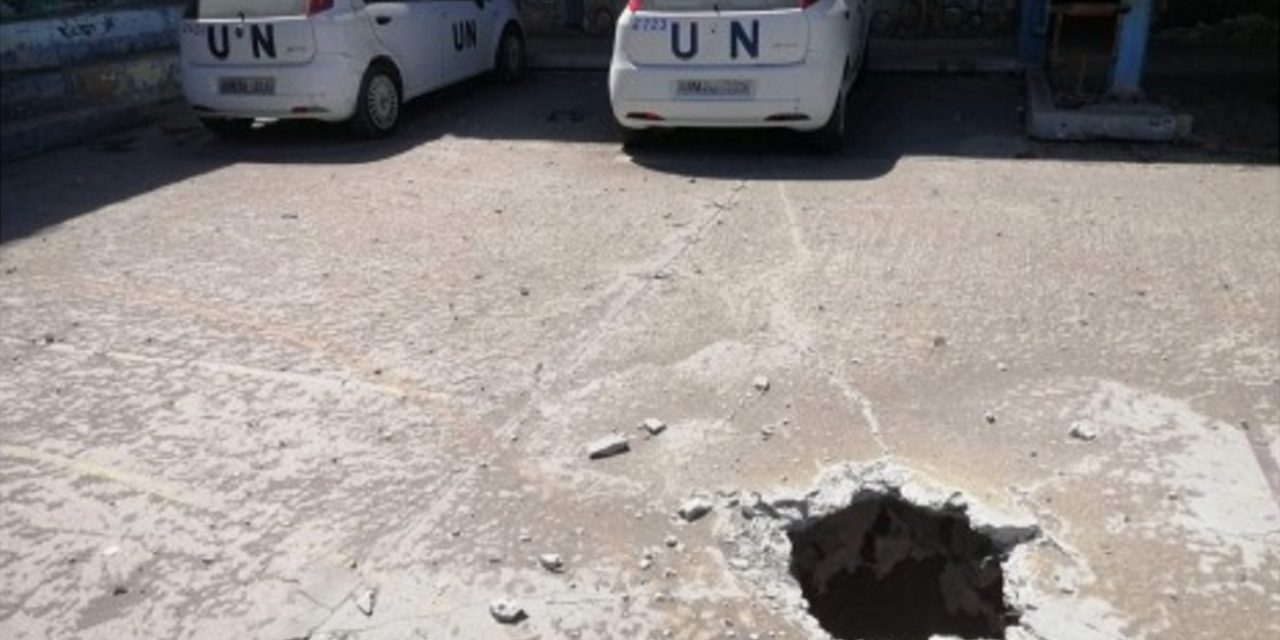 A tunnel used by Palestinian terrorists in Gaza has been discovered under one of the schools run by the United Nations Relief and Works Agency last month.

But now officials at UNRWA have confirmed that a terror tunnel ran directly underneath.

FOOTAGE of Hamas' terror tunnel that was discovered under an @UNRWA school in #Gaza.

Hamas knowingly and intentionally put the lives of Gaza civilians in danger to attack Israeli civilians and advance its terrorist goals.https://t.co/qAxdQEfYXh pic.twitter.com/jYUDLNkJaO

Another Hamas terror tunnel was found underneath a UNRWA school. This is further proof that Hamas will use children as human shields.

Hamas doesn't care about protecting its civilians, it only cares about killing Israel's.

At the end of May, UNRWA found what “appears to be a cavity and a possible tunnel, at the location of the missile strike,” the organisation reported over the weekend.

“The depth of the cavity is approximately 7.5 meters below the surface of the school. UNRWA discovered the existence of a possible tunnel in the context of the investigation of the fired missile,” it explained in a statement to the media.

A terror tunnel, built with Palestinian child labor, has been found under a UN-run UNRWA school in Gaza.

Kids are enslaved by Hamas to build their terror infrastructure then used as human shields to protect Hamas terrorists.

Where is the condemnation?

UNRWA said that the tunnel was not connected to the school. There is no “indication of the existence of any entry or exit points for the tunnel within the premises,” it added.

Despite denouncing the existence of the tunnel, UNRWA astonishingly made sure Israel was equally to blame on Israel for endangering civilians. A statement reads:UNRWA condemns the existence and potential use by Palestinian armed groups of such tunnels underneath its schools in the strongest possible terms. It is unacceptable that students and staff be placed at risk in such a way.

UNRWA demands that all parties desist from any activities or conduct that put beneficiaries and staff at risk and undermine the ability of UNRWA staff to provide assistance to Palestine refugees in safety and security. UNRWA installations are inviolable, and their neutrality must be respected at all times.

UNRWA calls for the parties to the conflict to act in accordance with international law. Letters of protest regarding this incident have been sent to both parties.

The organization condemned both Palestinians who built the tunnel and the IDF for its attacks, which it alleged caused damage to the school.

So UNRWA condemns Israel for legitimately engaging in a military strike on an area controlled by UNRWA even though UNRWA has discovered there was a terror tunnel "at the location of the missile strike." Maybe UNRWA should be condemning Hamas instead… https://t.co/AZ2Or2LAnY https://t.co/tdg6ezZcue