Terror-inciting Ahed Tamimi to come to BRITAIN to study English 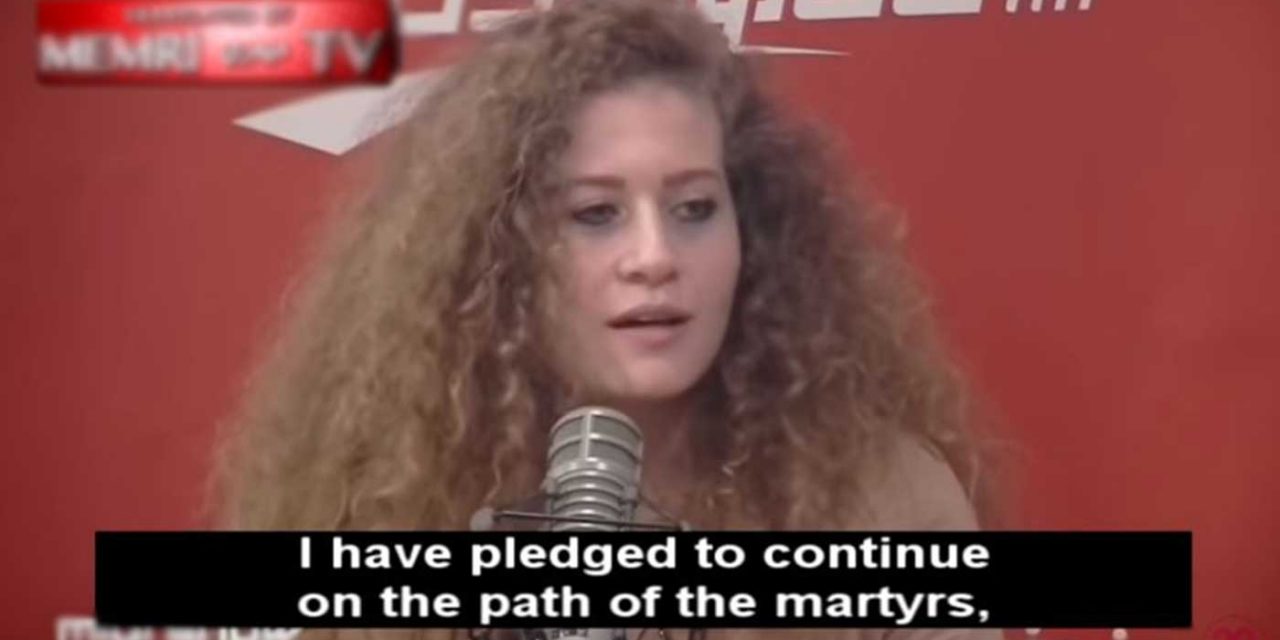 Ahed Tamimi, the Palestinian provocateur who was imprisoned for slapping Israeli soldiers and inciting violence against Israelis (including suicide bombings and stabbings) has announced she plans to come to Britain for a three-month crash course in the English language.

This comment is just the tip of the iceberg however as Ahed goes on to explain how Palestinians, and herself, are on “the path of the martyrs” and that they are no longer aiming for a two-state solution, but for “the liberation of all of Palestine”.

In another interview, Ahed says how previously generation “fought and died as martyrs” with the aim of a two-state solution. But claimed that her generation “will not repeat this”.

She went on to clarify that Palestinian will not accept Israel on any part of the land, that Israel controlled 78% of the land before repeating her claim to liberate the whole area.

Ahed Tamimi was arrested after a video of the teen went viral, showing her slapping, punching and kicking two Israeli soldiers who did nothing to react.

When Ahed Tamimi was arrested, the media and anti-Israel activists were quick to condemn Israel for convicting a child. However, they also failed to recognise the true crimes of Ahed Tamimi. She did not just attack Israeli soldiers, she spoke on camera afterwards telling people to continue martyrdom operations, including suicide bombings and stabbing attacks.

Labour MPs have been lectured by Bassam Tamimi (Ahed’s father) inside of the UK Parliament, where his lies and distortions have been allowed to be spoken unchallenged.

Ahed Tamimi is being used and abused as a tool for Palestinian propaganda which she has been indoctrinated to believe.