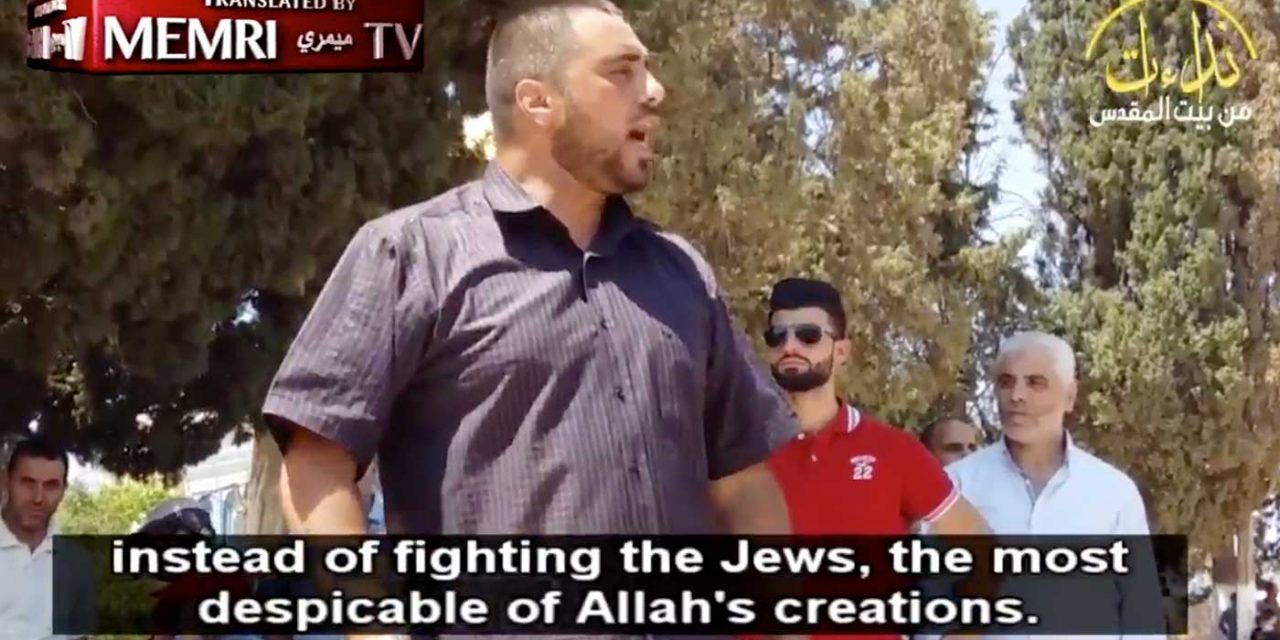 A new video released by MEMRI shows the shocking incitement that takes place at the Temple Mount.

The clip shows Arab preacher Sheikh Ali Abu Ahmad condemning the Barcelona attacks, but questioned why “wicked” Muslim states referred to the attacks as Islamic. Sheikh Ahmad said the attacks, in his mind, “had nothing to do with Islam”.

He then said that instead of attacking other Muslims, these nations should focus on attacking the Jews.

“Why do these Muslim states send their tanks and planes to fight other Muslims, instead of fighting the most despicable of Allah’s creatures, the Jews?” he asked.

“Allah, let us annihilate the Jews. Let us kill them ” he prayed. The rapt crowd shouted “Amen.”

In 2015, Zvi Yehezkeli, Channel 10’s Arab affairs reporter, visited 15 mosques during Ramadan. He found that the incitement in the Temple Mount was the highest of any that he visited, topping mosques in Gaza, Israel, and the Palestinian Authority. Muslim preachers openly identified with Hamas, and called for the extermination of Jews.