Tel Aviv comes to London this weekend, bringing everything Israeli except the weather 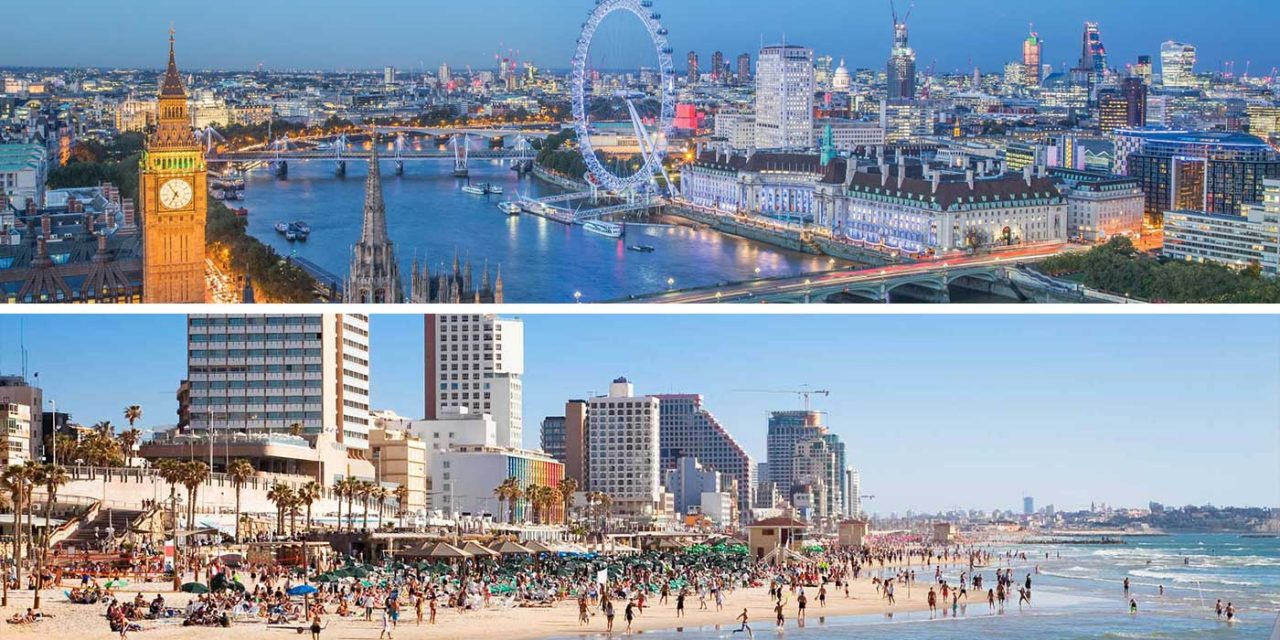 A four day festival celebrating Tel Aviv in London kicks off this weekend and includes a healthy variety of Israeli culture including music, art, food and even a beach party.

“We want to show all the good stuff that is coming out of Israel and Tel Aviv,” said Marc Worth, a key figure in London’s Jewish community and co-founder of WGSN, a trend forecasting company.

The hub of this weekend’s festival is in Camden’s Roundhouse with satellite events taking place around the city, including Cadogan Hall and The Coronet. The organisers say their aim is to highlight the joy of Israeli culture, because culture is what connects people. The event includes a “Beach Party”, which includes an indoor beach, which aims to give an impression of “what dancing the night away on the sands of the Israeli coastal city is like.”

🎥 Delighted to be at #TLVinLDN opening, a celebration bringing the creativity & vitality of Tel Aviv to the streets of London. My remarks: pic.twitter.com/IY4AfG31mz

Up until the very last minute, various movements dedicated to boycotting Israel attempted to tarnish the festival and pressure the authorities to altogether cancel the initiative spearheaded by the Israeli Minister of Strategic Affairs Gilad Erdan.

Stepping up their efforts to ostracize Israel in the international domain, the boycott movements designed posters calling for its boycott and requested permission from the authorities to hang them on central bus stops in London and the city’s underground.

However, the office of London Mayor Sadiq Kahn, rejected the request on grounds that it violated the city’s advertising laws. This did not stop a number of illegal posters appearing in various locations.

Despite the protests, London seems to be welcoming Tel Aviv with open arms. Sadiq Khan met with Tel Aviv Mayor on Thursday and a good turn out is expected for the 120+ Israeli artists who will be performing in London.