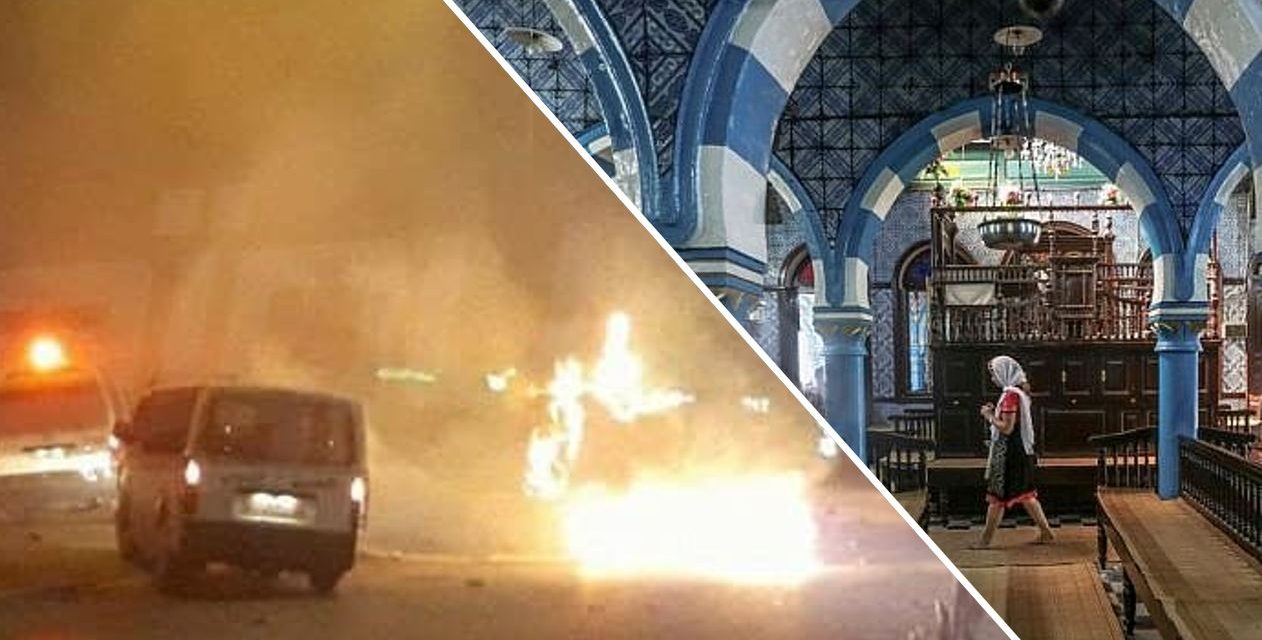 A Tunisian Jewish neighborhood was firebombed overnight Tuesday amid protests in the country over rising costs and government austerity, members of the community said.

“There was a failed attempt to burn down a synagogue in the Jewish Quarter of Djerba through the use of Molotov cocktails, but thank God, no one was hurt and security and civil protection are now doing their duty,” Elie Trabelsi, the son of the synagogue’s president, Pérez Trabelsi, wrote on Facebook.

The Tunisian news outlet Erem quoted a security official as saying “unknown assailants in a vehicle threw firebombs at the Jewish prayer site at the center of the neighborhood on the Island of Djerba, in an attempt to burn it down.”

The security source added that the fire was contained within a small portion of the site.

A representative of Tunisia’s Jewish community told AFP that two Molotov cocktails were thrown at the entrance to two schools in the neighborhood, but their interiors were not damaged.

#BREAKING overnight: Arson attack on a synagogue in #Djerba, #Tunisia: No one was injured pic.twitter.com/Jz2Dc4onOW

Djerba is home to the historic Ghriba Synagogue, believed to have been founded in 586 BC by Jews fleeing the destruction of the Temple of Solomon in Jerusalem. The Ghriba Synagogue has long been a destination for pilgrims, especially Jews of Tunisian descent.

The number of pilgrims visiting the synagogue has fallen sharply since it was hit by an al-Qaeda suicide bombing just before the 2002 pilgrimage.

Before the attack, which killed 21, the event attracted as many as 8,000 pilgrims a year. Now, hundreds flock to the site annually.

Times of Israel – with edits