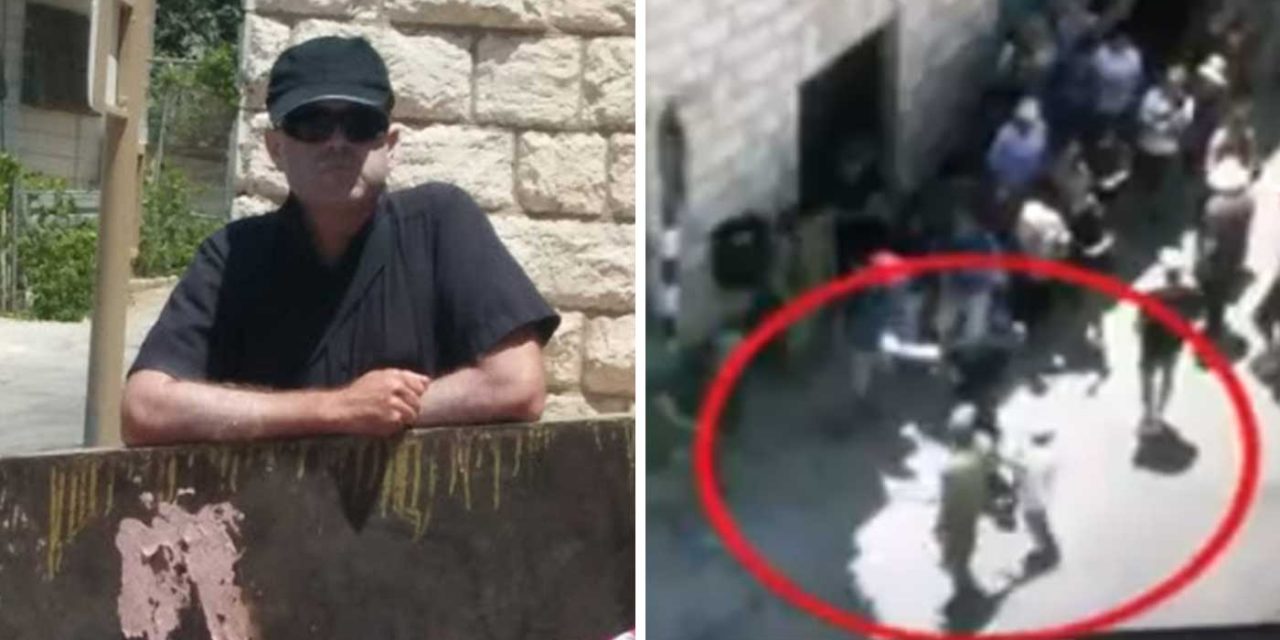 A legal advisor for TIPH (Temporary International Presence in Hebron) has been recalled to Switzerland and prompted an apology from the Ambassador of Switzerland after he was filmed slapping a Jewish child.

The diplomat was taking part on an illegal tour in Hebron when a 10-year-old Jewish boy walked up to the man and provoked him. The diplomat responded by striking the boy across the face and knocking his hat off. It is unclear in the video if it is a slap or a punch, but clearly a violent act against a minor.

The video can be viewed here:

The TIPH official was illegally touring in the small Jewish section of Hebron, which is off-limits to TIPH personnel. He was touring with the foreign-funded radical leftwing NGO ‘Breaking the Silence’. To disguise his identity, the official wore civilian clothes, a hat and sunglasses.

After hitting the child, the diplomat was arrested by Israeli police. However, he was later released after he was found to have diplomatic immunity.

On Friday, Switzerland’s ambassador to Israel, Jean-Daniel Ruch, sent an “apology” to the Jewish community of Hebron which reads:

You are certainly aware of the incident that took place in Hebron two days ago, whereby a Swiss member of the TIPH slapped a young boy.

Though this was no doubt preceded by some provocation on the side of the settlers — the action of this TIPH member is totally unacceptable. It is expected from our TIPH members that they keep their nerves in any circumstances.

I wish to express my apologies for this gesture. I also wish to let you know that the concerned Swiss individual is leaving the country today.

I count on you to help avoid the situation from deteriorating. It is imperative that interactions between TIPH personnel and the settlers be respectful and that the provocations stop.

It is a privilege to be able to communicate with you in this effective manner. I hope we can continue to work together towards a future of peace for everyone.

I take this opportunity to wish you a peaceful and serene Shabbat.

The assailant was part of the Swiss delegation and has been recalled, according to the apology letter recieved from the Ambassador of Switzerland. pic.twitter.com/jKipMZmbhq