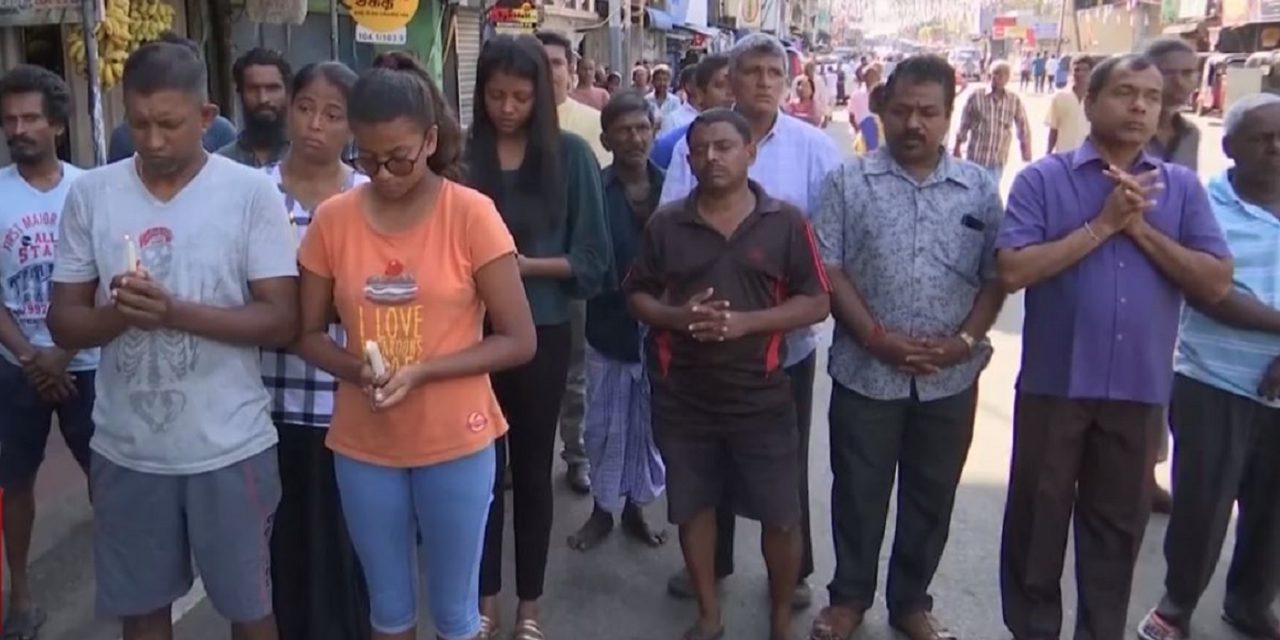 A Christian leader in Sri Lanka is asking for prayers that Christians in the devastated country will be sustained by God’s grace.

Dr Daniel Selvaratnam Thiagarajah, who is the Anglican Bishop of Jaffna, also asked that “brothers and sisters around the globe” pray that the faith of Sri Lankan Christians “will be enhanced”.

Watch his interview with CBN below:

The Christian community is on high alert and are fearful that there could be further attacks, especially amid reports that the network of terrorists were planning and were prepared for further targets.

Three churches along with three hotels were targeted by Islamist suicide bombings on Easter Sunday killing over 350 people – mostly Sri Lankan Christians but also including 38 foreigners who were in the hotels – and injuring hundreds more.

Christians make up approximately 7 percent of the 21 million people of Sri Lanka, an island nation southeast of India that weathered decades of deadly ethnic strife. The Sunday attack was the worst toll on Christians in the nation’s history and was the worst terrorist incident since the end of the civil war in 2009. Muslims make up about 8 percent of Sri Lanka, which is mostly Buddhist.

CUFI UK is encouraging Christians to take a moment this Sunday morning to pray for the people of Sri Lanka and hold a moment of silence for the victims, commemorating one week since the attacks.