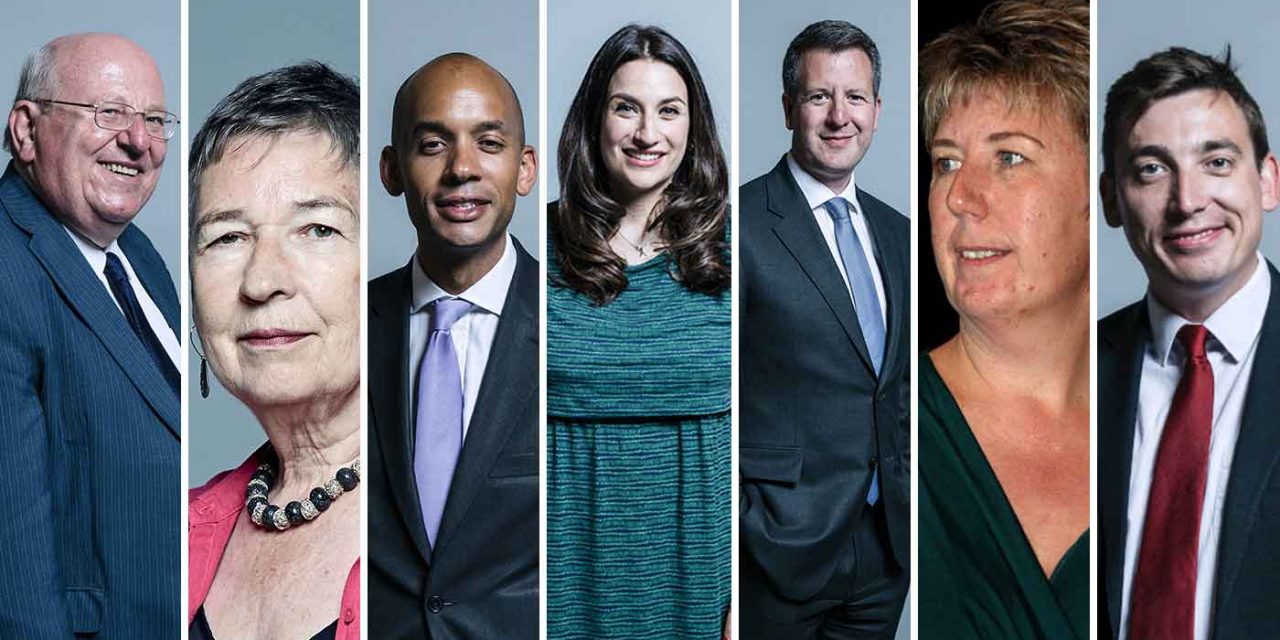 A group of seven members of parliament (MP) left the Labour party on Monday, with one of the reasons for their resignations being the anti-Semitism of the party.

The group of MPs who have left include Chuka Umunna, Luciana Berger, Chris Leslie, Angela Smith, Mike Gapes, Gavin Shuker and Ann Coffey. Whilst anti-Semitism was not their only concern, it was clearly high on the list of reasons to leave.

Labour MP Michael Dugher announced his party resignation over the weekend, saying it was due to the “party’s repeated failure to tackle anti-Semitism.”

Writing in The Sun on Sunday, Dugher added: “The Labour Party I joined was a proud anti-racist party. Not so today.”

“Today, under [Corbyn’s] leadership, anti-Semites in the Labour Party are repeatedly let off with a rap on the knuckles, rather than being booted out for good.”

MP Luciana Berger said she could not remain in a party, which was “institutionally antisemitic,” adding she was leaving behind a culture of “bullying” and “bigotry”.

Berger said: “I cannot remain in a party that I have come to the sickening conclusion is institutionally antisemitic.

“It was nearly a year ago that we saw the unprecedented event of a minority community – the Jewish community – taking to Parliament Square to demonstrate against the Labour party.

“And yet since then, despite the mountain of evidence, we have only seen the situation of racism against Jewish people get worse.

“The leadership has willfully and repeatedly failed to address hatred against Jewish people within its ranks.”

MP Chris Leslie said, “The Labour party that we joined that we campaigned for and believed in is no longer today’s Labour Party. We did everything we could to save it, but it has now been hijacked by the machine politics of the hard left”.

Jewish Labour Movement said: “It’s deeply regrettable that the leadership of the Labour party’s failure to tackle antisemitism has precipitated the resignation of our Parliamentary chair, Luciana Berger MP and others.

“Countless Jewish Labour Party members have resigned in these last few years in protest at the abject failure of the Party to address a growing culture of antisemitism, obfuscation and denial.

“It will be for our members to decide what they, and we, do next.”

Board of Deputies President Mari van der Zyl said: “In a searing indictment of the Labour leadership both Luciana Berger MP and Mike Gapes MP accused the party of being institutionally antisemitic.

“In the light of the horrific abuse aimed at Jewish MPs, we stand in solidarity with all those who have been targeted. Labour has failed to deal with antisemitism since the Jewish Community’s Enough is Enough demonstration called on the Labour leadership to act against this racism.

“This is a moment of great shame for the Labour Party and a tragedy for the thousands of Jews who have supported the Party for generations.”

“I think it’s more profound than Brexit, I think that Jeremy Corbyn is a representative of the hard left and that people on the moderate wing of the Labour Party find that impossible to live with, so it’s not surprising that it’s happened but the lesson of the SDP (Social Democratic Party) is that these sorts of splits don’t work.”

Labour leader Jeremy Corbyn said he was disappointed in their decision to leave the party.