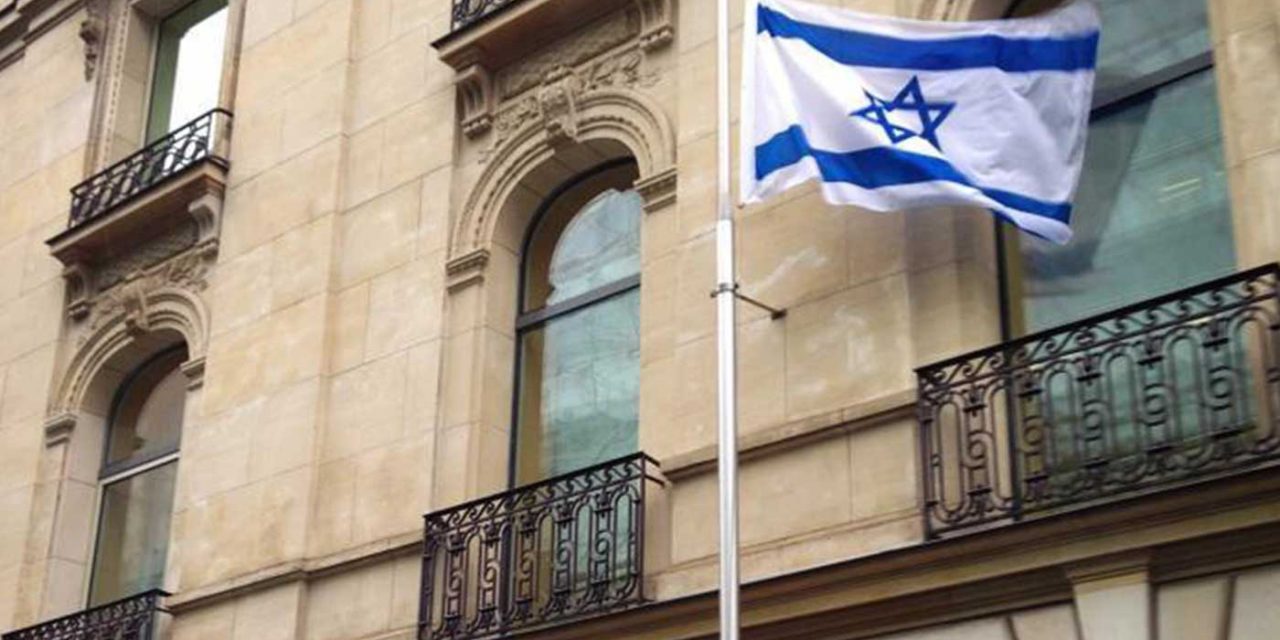 Seven British nationals of Pakistani origin have been arrested in France after they attempted to run over a police officer outside the Israeli Embassy in Paris on Monday. They also threatened officers.

Seven Britons were in custody in Paris today in connection with the attempted ‘hit and run’ murder of a police officer outside the Israeli Embassy in France.

The four men and three women have not been named but are said to be Londoners of Pakistani origin, who were travelling in a Mercedes and a BMW with false number plates.

Their vehicles were filmed threatening the policeman outside the hugely secure Embassy close to the Champs Elysée on Monday night.

‘They suddenly deviated from their direction of travel and rushed towards the officer, who narrowly escaped’ said an investigating source.

It comes after two Muslim women were stabbed underneath the Eiffel Tower on Sunday and the beheading of schoolteacher Samuel Paty by an Islamist fanatic on Friday.

Video surveillance cameras picked up the faces of three suspects in the Mercedes and three others in the BMW, and all were considered to be in a group, along with a seventh suspect who was not in the cars.

The two vehicles managed to escape after the 7pm attack, are were later seen ‘lurking’ close to the Elysée Palace, the official homes of the President of France, said a the source.

A city-wide manhunt was launched, and all the suspects were by Tuesday brought into custody at a secure police station in Paris.

Prosecutors on Wednesday confirmed that the men and women – who include two minors in their late teens – are being investigated for ‘the attempted murder of a person in public authority’.

The crime can be punished by a maximum sentence of life in prison in France.