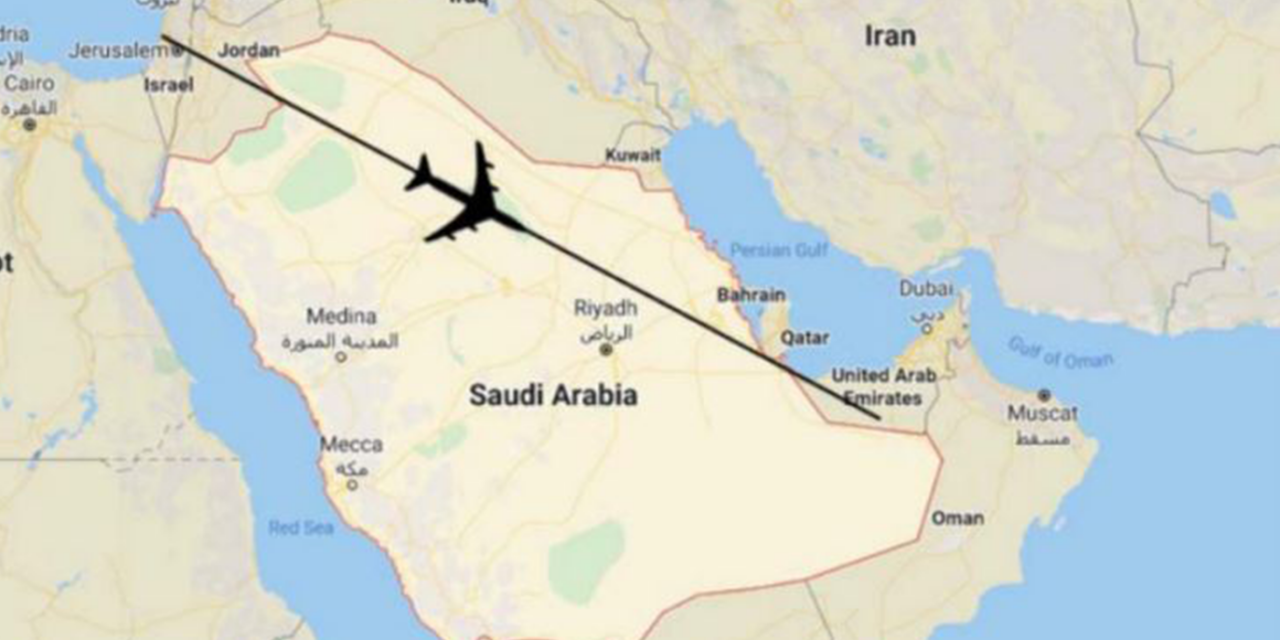 Saudi Arabia announced on Monday evening that it has officially given approval for Israeli airlines to fly over the country’s airspace, dramatically shortening flying times to the east and finally allowing Israeli airlines to offer direct flights to Dubai, Israeli media reported.

Earlier on Monday, Emirati officials clarified on Monday to Israel’s Transportation Ministry that as long as Saudi Arabia doesn’t issue Israeli airline companies a permit to fly over its airspace, the UAE won’t allow any Israeli flight to land in Dubai, KAN reported.

The issue was reportedly examined by the Foreign Ministry, which opened a dialogue with Saudi Arabia in an attempt to speed up the approval process.

In September, Saudi Arabia declared that it will be allowing all foreign civilian flights to fly over its airspace, following a request by the UAE, “in order to allow passage over the kingdom’s airspace for flights reaching the UAE and departing from it.” However, the message didn’t specifically mention Israel, which raised concerns with Israeli aviation officials in recent weeks.

With flights already full, Israeli airline companies Israir, Arkia and El Al are prepared to fly thousands of Israelis to Dubai during the month of December. They can now be calm and know that the flights will be carried out as planned.