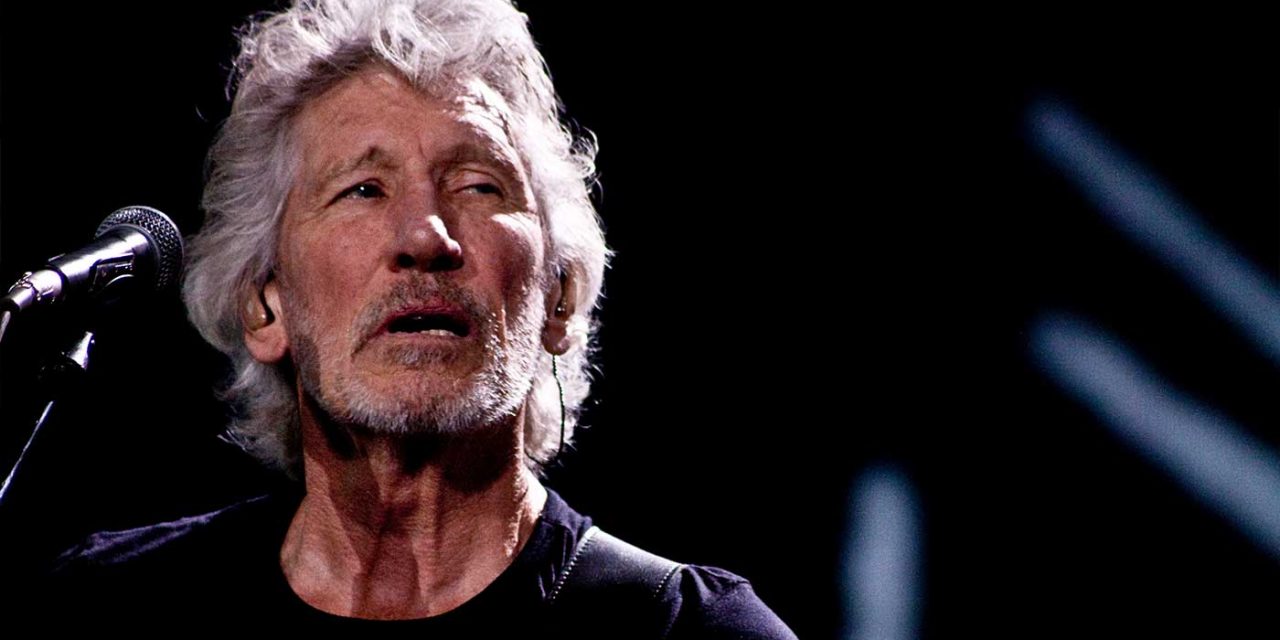 Roger Waters has been caught lying about the reaction of an Israeli crowd to his calls for peace between Israel and the Palestinians in an apparent attempt to paint the Israeli people themselves in a negative light.

Roger Waters told his lies at an event called “Not Backing Down”, which was a rally for the Boycott, Divestment and Sanctions movement. Joining Waters on stage were Marc Lamont Hill (fired from CNN after he called for Israel’s destruction at the UN), Linda Sarsour (an anti-Israel activist who regularly spouts anti-Semitism) and Dave Zirin (a sports writer at The Nation, who quipped that he was there as a token Jew.)

He told a story about when he performed in Israel in 2006. After performing to a crown of 60,000 Israelis he told them to make peace with the Palestinians. He said that in an instant they changed from cheering to crossing their arms and scowling at him. He claimed the reaction of the Israeli crowd was “one of the most chilling sights I’ve ever seen in my life.”

“They spent the whole night going like they do,” Waters said, pantomiming fans enthusiastically waving their arms in the air, “until we got to the end of the evening, when I said — I stood up in front of all that, and said, ‘You are the generation of young Israelis who must make peace with your brothers and sisters in the neighbourhood and bring in a new era of’ etcetera etcetera etcetera. And they went from, [here, Waters waved his arms again overhead] to ‘what the fuck’s he talking about?’ [here, Waters crossed his arms and scowled] – in a heartbeat. And it was one of the most chilling sights I’ve ever seen in my life.”

David Seidenberg unearthed the audio and video footage of the truth.

It took me a few days and the help of Israeli friends to locate an audio recording of the 2006 concert. What happened at the moment Waters mentioned peace-making was pretty much the opposite of what Waters described.

“We can’t lose this opportunity to thank you all so much for coming to Neve Shalom, the village of peace,” Waters says, to wild cheering. “It means a great deal to them, and also to me.” More wild cheering. “And, I may be speaking out of turn, but I believe that we, the rest of the world, need this generation of Israelis to tear down the walls and to make peace with their neighbors.”

Here the cheering grows even louder.

“We love you for it, and we hope to come back.”

In real life, Waters’ words of peace were met with the same verve and joy as his music.

Since at least 2017, Waters has been repeating this lie. He told it to an interviewer from the Munich-based Süddeutsche Zeitung, one of Germany’s largest dailies. He told it to Liberation News, a socialist newspaper. He told it at a Vancouver event in October 2017 to promote Canada’s participation in BDS.

A 2011 interview with Al-Jazeera proves that Waters wasn’t simply misremembering. After Al-Jazeera shows a video clip of that exact moment in the concert (at 18:33), Waters affirms that the audience was “extraordinarily enthusiastic.” He adds, “there were [only] one or two [negative] responses to [his call for peace] saying, who does he think he is coming here and telling us what we should be doing?” and then he praises the Israeli peace movement.

Roger Waters is blatantly lying about Israelis. Roger Waters has long been an anti-Israel activist, but he has always maintained that his hatred is towards the Israeli government, not the people.

However, his telling of this lie (not once but on a number of occasions) is proof that he is willing to smear his own fans and condemn an entire country in order to push his political agenda.

Despite his clear lies and smears against Israel, he still took the moral high ground (in his mind), saying it was, in fact, Israelis he wanted to see “liberated”.

“Can you imagine the misery, to be part of that supremacist apartheid state (meaning Israel) that exists at the moment?” he said, “So we want [Israelis] to be liberated.”

As David Seidenberg explains at the end of his blog:

“Whether Waters was lying because he is anti-Semitic, or because he needs to split humanity into victims and oppressors, doesn’t matter. In either case, Waters was twisting his stories in a way that belied the whole purpose of the UMass panel, in a way that he knows or should know is not true. Where understanding was needed, Waters was inciting hatred. Whether or not we label his brand of dishonesty anti-Semitism, we need to stand together against it. Jews and our allies, whatever our understanding of Palestine or justice or peace, should be able to agree on that.”