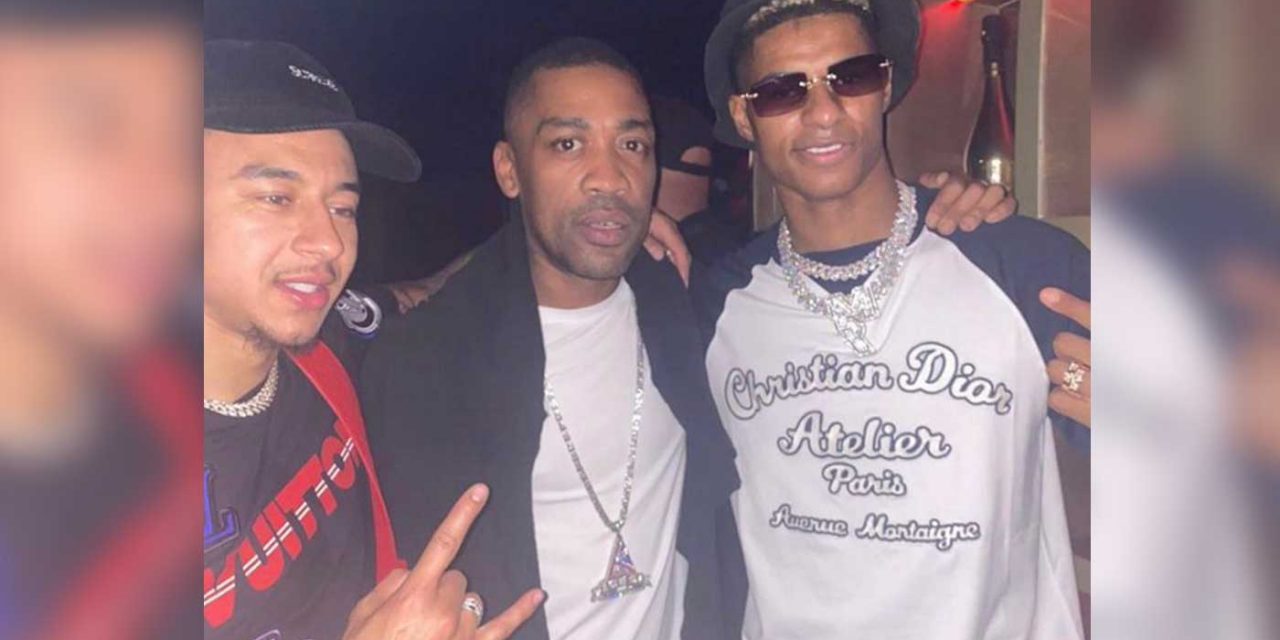 Manchester United and England football stars Marcus Rashford and Jesse Lingard have both spoken out against racism after being pictured disgraced rapper Wiley, who has made antisemitic comments in the past.

The two footballers were holidaying in Dubai over the weekend alongside other England footballers and they attended a concert by Wiley and were snapped with the rapper following the event.

Wiley, whose real name is Richard Kylea Cowie, was dropped by his management in 2020 after making a number of offensive, antisemitic comments on social media. His comments resulted in him being banned from Twitter.

Wiley is still popular in British musical culture and is known as the “Godfather of Grime”. He even received an MBE from the Queen in 2018. It is unlikely the footballers were aware of his antisemitic comments of the past.

Marcus Rashford responded to a Jewish Chronicle tweet saying: “This picture has been brought to my attention which I understand now, given context, could easily be misconstrued.

“I would like to reinforce that I do not and will not condone discriminative language or behaviour of any kind aimed at the Jewish community or any other community.

“I truly believe that tackling antisemitism in and outside of the game requires a greater level of attention and should very much form part of the game’s anti-racism stance.”

Lingard also made a statement on the matter.

He wrote on Twitter: “I’ve been made aware of a photo circulating currently, that can easily be misconstrued. I want to make it clear that I do not condone any form of racism whatsoever!”