Palestinian diplomat at UN: “We will never stop teaching our kids to throw stones” 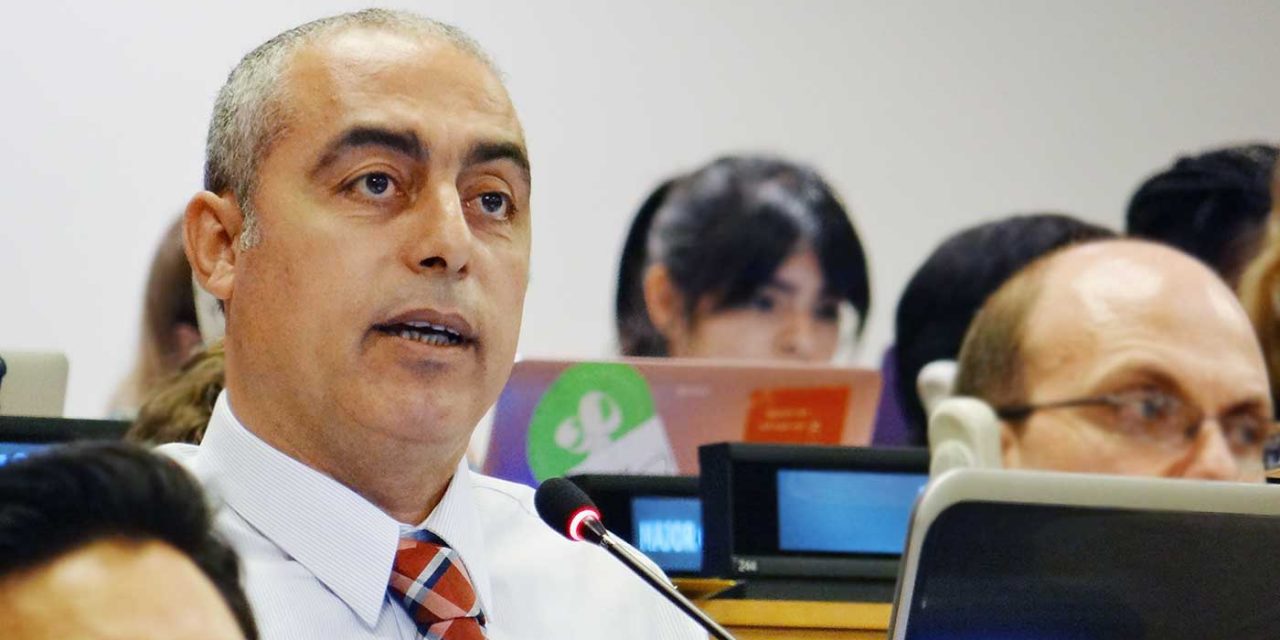 A member of the Palestinian mission to the United Nations has said that Palestinians are “very proud” to throw stones at Israelis and they will never stop teaching their children.

Abdallah Abushawesh made the comments inside the UN’s headquarters in New York where he was speaking to Canadian students from McGill University.

In a recording obtained by Ynet, Abdallah Abushawesh, said in broken English:

“We are very clever and very expert at throwing the stones. We are very proud to do that. We will not stop to learn our kids (to do that).”

Abushawesh went on to say that every Palestinian caught throwing stones by Israel gets sent to jail. “We are very proud that we are stone throwers. I’m one of them. Now I became a little bit older, but I stay resistant in the name of my kids,” he continued.

The Palestinian diplomat later told the students about his own past as a stone-thrower during the first intifada. “I was in high school. I never missed an opportunity to throw stones. This is our life. We develop our resistance every day. We’re proud of it,” he said.

Abushawesh was speaking to a group of international relations students from McGill University who were at the UN for a tour and a series of meetings as part of their program.

Israel’s Ambassador to the UN, Danny Danon, slammed Abushawesh’s comments, saying, “The Palestinians are no longer trying to hide the truth. The Palestinian leadership and its representatives are inciting against Israel and openly encouraging terrorism. The international community must not allow it.”

“It cannot be that inside the UN, which is supposed to make peace and protect human rights, a diplomat will incite to violence and terrorism, which wound and even kill innocent Israelis,” Danon added.