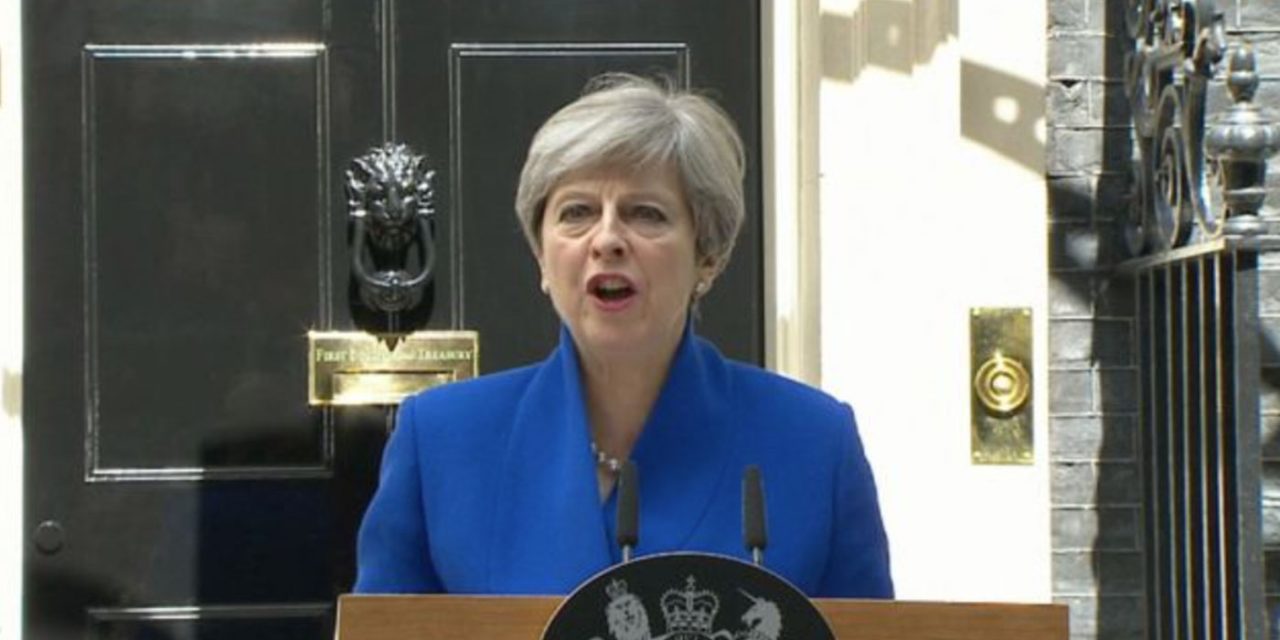 The Conservatives will form a coalition government with the Democratic Unionist Party (DUP) after the General Election resulted in a “hung parliament”.

After failing to win a majority, Theresa May says the Conservative Party and the DUP will work together, having “enjoyed a strong relationship over many years”.

The DUP from Northern Ireland are seen as being “staunchly” pro-Israel.

Christians United for Israel UK is committed to continue making a stand for Israel during the next Parliament. We look forward to supporting the new government in taking decisive steps in forming policy that strengthens the relationship between Britain and Israel. We are encouraged in the DUP’s historical record of being pro-Israel and are praying that they, together with the Conservatives, will make a positive contribution to the UK’s support for the Jewish State.

Theresa May: “I’ll lead Britain at this critical time”

The Prime Minister has promised to “guide the country through the crucial Brexit talks that begin in just 10 days and deliver on the will of the British people by taking the United Kingdom out of the European Union”.

She added, “What the country needs now more than ever is certainty. Having secured the largest number of votes and greatest number of seats in the general election, it is clear the Conservatives and Unionist party has the legitimacy to provide that.”

Brexit negotiations will continue, on the same timetable as before, says Mrs May. Adding, her government will “provide certainty” and work to keep the country “safe and secure”.