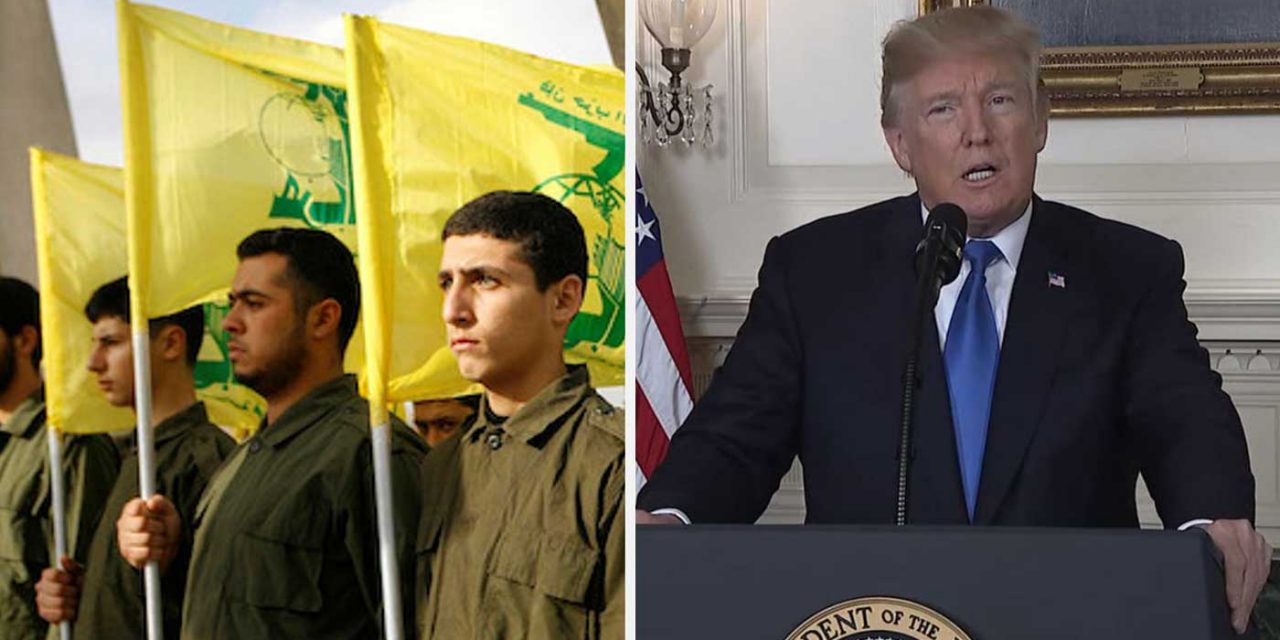 The president made the announcement on Thursday at an event marking the 35th anniversary of the 1983 Beirut barracks bombings, where 241 American troops were killed by Hezbollah terrorists.

Trump said, “No terrorist group other than al-Qaida has more American blood on its hands.”

Hezbollah must be banned in the UK – sign our petition to help us achieve this goal!

The sanctions are part of the Trump Administration’s strategy to limit and restrict the Iranian regime’s terror activities. Companies who do business with organisations linked with Hezbollah will be sanctioned and unable to trade with the US.

President Trump pulled out of the 2015 Iran Nuclear deal which was pushed through by the Obama Administration. Obama’s deal gave the Iranian regime billions of dollars, much of which has been used to fund terrorism in the region.

In 1983, roughly 1,800 Marines were in Beirut to keep the peace in a nation torn apart by civil war.  Terrorists had bombed the U.S. Embassy earlier that year, killing 63 people, including 17 Americans.

For the 300 Marines stationed at the Beirut Airport, the morning of October 23rd arrived like any other.  The Marines on guard stood there and at their post; others slept peacefully in their bunks — until suddenly, and without warning, a truck driven by a terrorist crashed through the fences and barricades, and into the lobby of the Marine Barracks.

At 6:22 a.m., the terrorist detonated the equivalent of 1,200 pounds, commonly known as 12,000 pounds — that’s a lot, and it’s terrible — of explosives, killing 3 American soldiers, 18 American sailors, and 220 United States Marines.  That was a horrible moment.

Minutes later, another truck bomb took the lives of 58 French paratroopers.  It was the single deadliest day for the Marines since Iwo Jima.

The attack was carried out by Hezbollah, which Iran was instrumental in founding a year earlier to advance its radical agenda, and remain its main patron today.  And we are doing a big number on Iran today, in case you haven’t noticed.

Hezbollah must be banned in the UK – sign our petition to help us achieve this goal!