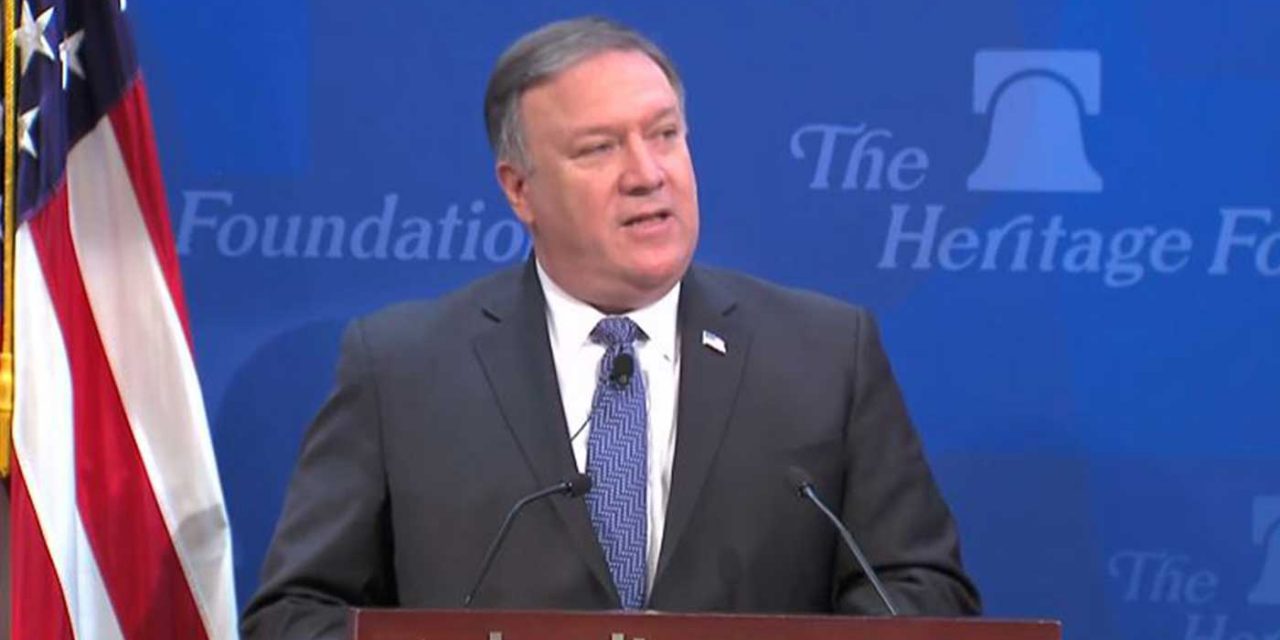 The US Secretary of State Mike Pompeo said in his first major foreign policy address that the Trump administration will embark on an “unprecedented” pressure campaign against Iran meant to fundamentally change its foreign policy.

Pompeo said the US “will apply unprecedented financial pressure on the Iranian regime.”

“The leaders in Tehran will have no doubt about our seriousness,” he added.

“The sting of sanctions will be painful if the regime doesn’t change… these will indeed end up being the strongest sanctions in history when we are complete.”

Pompeo warned European partners who are currently engaged with Iran that they will also have to “give up economic activity” with the Iranian regime under the new sanctions.

The EU is trying to rescue the 2015 Iran Deal (formerly known as the JCPOA – Joint Comprehensive Plan of Action). The European Commission is attempting to implement “blocking statutes” in order to protect EU business interests. However, Angela Merkel has already warned businesses to lower their expectations about the effectiveness of these and major French and German corporations have already announced plans to decrease their operations in Iran.

“We cannot continue to create wealth for Qasem Soleimani,” Pompeo said, referring to the commander of the Islamic Revolutionary Guard Corps’ Quds Force. “Everyone’s going to have to participate in this.”

This move from the US shows the strong hand the Trump administration is playing against Iran. It is good to see this turn of events from the previous administration who sent billions of dollars to the Iranian regime and allowed them to continue their terrorist activities throughout the Middle East.