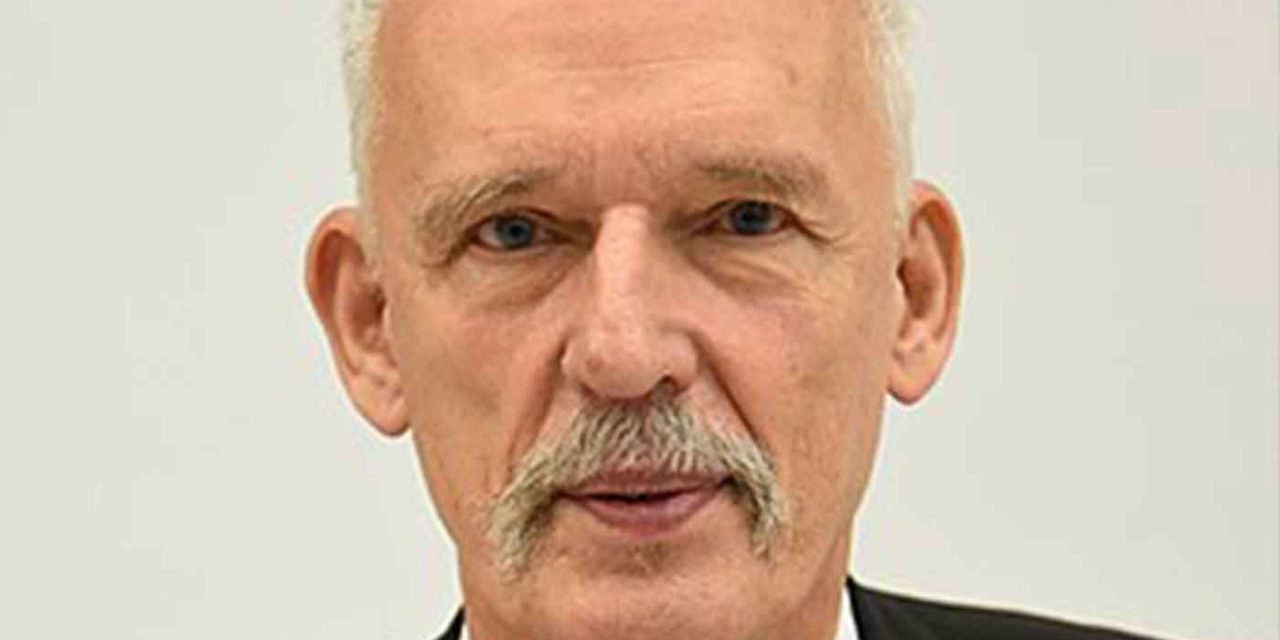 A far-right lawmaker in Poland said that natural selection in pogroms have made Jews powerful, and that “there are theories” that rabbis provoked violence to achieve this.

Janusz Korwin-Mikke made the comment in an interview for the Polsat channel last week about the coronavirus, the Do Rzeczy newspaper reported Wednesday.

“Jews are now powerful because they had pogroms,” he said. “As a result of pogroms, the strongest and the most gifted survived. This is a warning to anti-Semites: That is why Jews are powerful, because they had pogroms. There are even theories that rabbis deliberately provoke pogroms precisely so that Jews survive and then there is natural selection.”

Korwin-Mikke, a former lawmaker in the European Parliament and a leader of the Confederation Liberty and Independence party, has a history of making anti-Semitic statements and stunts.

Last year, he slipped a kippah on the head of a state secretary while she was speaking at a televised debate that Korwin-Mikke also attended.