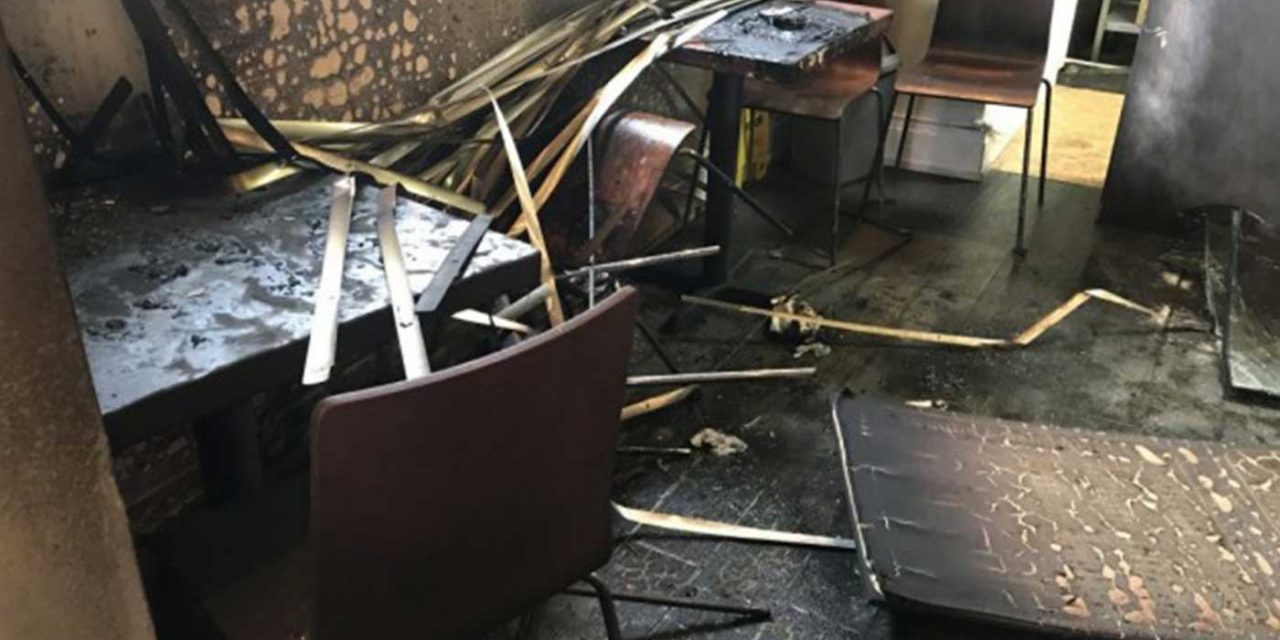 Two kosher restaurants in Manchester have been targeted by arsonists in the past four days, resulting in police launching a manhunt and calling them “anti-Semitic hate crimes”.

The first incident took place on 2 June when the Taam Restaurant on Bury New Road was targeted shortly before midnight. Two offenders threw a milk carton filled with petrol and a lit rag into the premises. The makeshift petrol container failed to ignite before the front window was smashed with a large stone.

The second attack took place on 6 June when attackers forced open a window at JS Restaurant in Prestwich before pouring accelerant inside and lighting it. The fire service put the blaze out before any serious damage could be done to the property.

No-one was injured in either of the incidents, but officers believe them to be linked and confirmed on Tuesday they are treating them as anti-Semitic hate crimes.

Detective Chief Inspector Charlotte Cadden of GMP’s Bury Borough said “Thankfully no-one was injured in either attack, but we are treating these as anti-Semitic hate crimes. This is clearly very worrying for businesses and people living in the area and I want to offer you my assurances that we have increased patrols in the area and have a team investigating these linked crimes

“We are working alongside the Community Security Trust and if anyone in the area has concerns, I would urge you to come and talk to us.

“If you have any information about the attacks, no matter how small, I would urge you to get in touch, as you may have information that could help us.”

Amanda Bomsztyk, CST Northern Regional Director stated “CST thanks the Police and fire service for their response to these incidents. We ask our community to be calm, vigilant and to report suspicious, criminal or antisemitic behaviour to GMP and CST.”