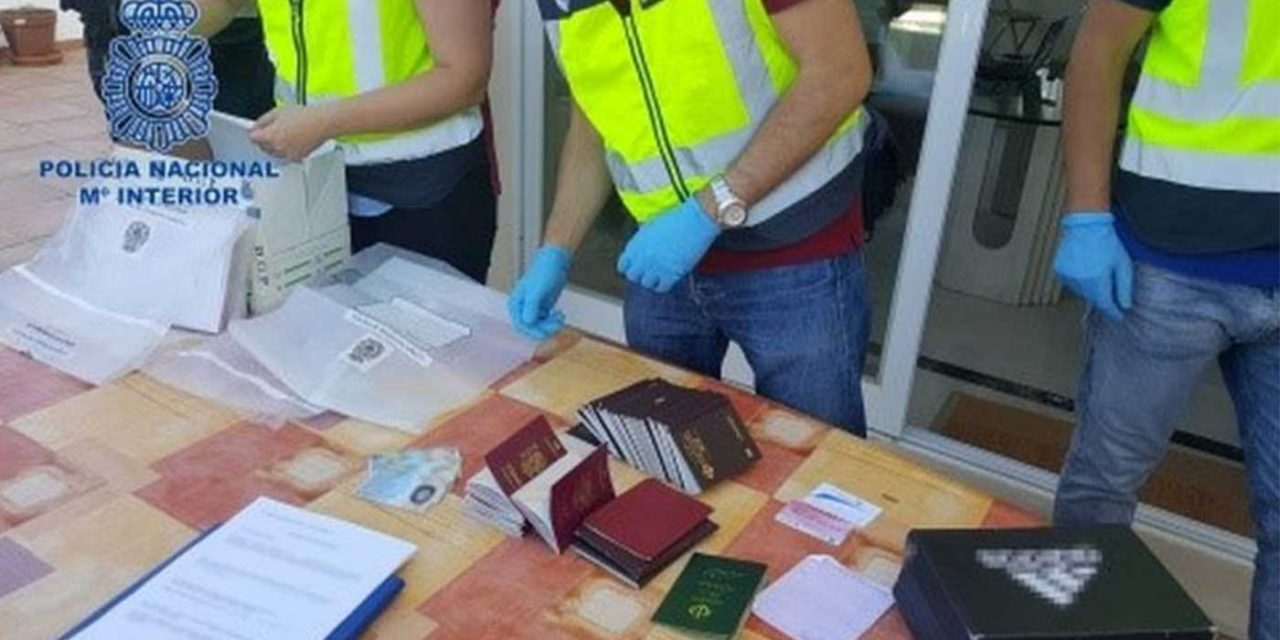 A huge human trafficking ring that has been flying hundreds of Iranian migrants into Britain has been smashed after the arrest of more than 100 people by European police forces, including London’s Met Police.

Announcing the successful operation against the gang today, Europol said that Spanish National Police had “dismantled an international criminal network involved in smuggling Iranian nationals into the UK on commercial flights” on an “action day” across Europe.

The gang’s base of operations was in Malaga, Spain, where they are estimated to have smuggled around 200 Iranian per year with most ending up in the UK. The ringleader was caught at Heathrow Airport attempting to flee to Brazil and searches at the safe house in Malaga found firearms, cash, computers, hundreds passports and blank identity cards as well as a “high-end vehicle”.

Europol said, “The criminal group was perfectly structured and each member had a defined role, ranging from recruiting the irregular migrants in their country of origin, to facilitating the transfers, hosting them in safe houses in Spain, and supplying the travel documents,” Europol said.

“The network operated from Málaga and used Spain as a transit country. In total, 101 individuals were arrested. The Spanish National Police arrested 14 members of the criminal group in Málaga, as well as another 42 individuals accused of selling their Spanish documents to the members of the organisation for prices ranging from 500 euros (£445) to 3000 euros (£2,680).

“Another 44 individuals of Iranian nationality were intercepted at different European airports carrying forged passports. The leader of the criminal group was arrested by the Metropolitan Police at Heathrow airport, after a European Arrest Warrant was issued by the Spanish authorities. The suspect intended to take a flight to Brazil to evade justice.”

Europol added that searches of safe houses in Spain had led to the discovery of seven other Iranians, including a five-year-old child, as well as 40 authentic Iranian and Spanish passports and other equipment used by the criminal gang.

A spokesman for Europol added that it was difficult to estimate the exact number of the numbers trafficked into Britain by the gang but that “around 200 Iranians were smuggled per year, most of them to the UK but not all”. He added that the gang had been operating for “various” years before it was detected but that it was not possible to give a “concrete” length of time.