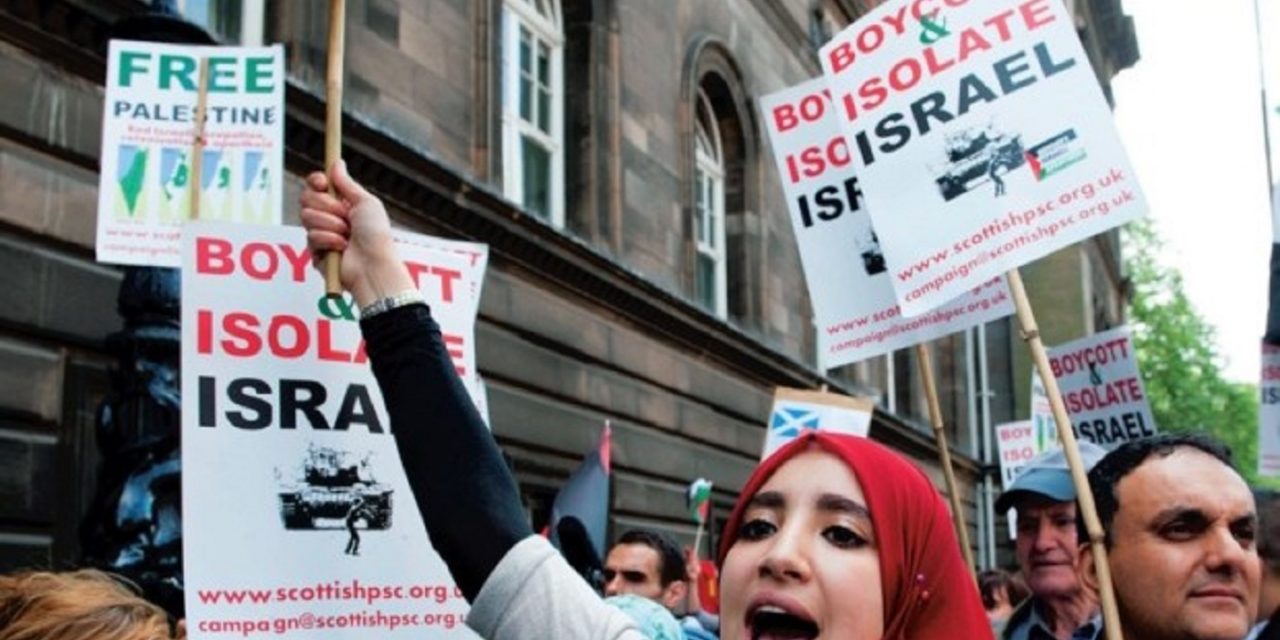 The head of the parliamentary body tackling anti-Semitism has called for “urgent action” north of the border to “put racists back in the boxes”.

John Mann MP, who leads the All-Party Parliamentary Group Against Anti-Semitism, made the comments after the publication of a report into links between the Scottish Palestinian Solidarity Campaign (SPSC) and anti-Semitism in Scotland.

Concluding his report, Collier says his research “supports the existence of a correlation between anti-Semitism and anti-Israel activity. The more active someone is towards fighting against Israel, the more likely it is that anti-Semitism is present”.

He adds: “The figure this research places on that eventuality is well over 40 percent. That suggests that at an event that gathers a hundred people to wave the Palestinian flag, at least 40 or 50 promote global Jewish conspiracy theory.”

The report was welcomed by Mark Taylor, honorary president of Aberdeen Synagogue and Jewish Community Centre, thanked JHRW for funding the research, and called for an “honest debate” about anti-Semitism in Scotland

“For some time now the discourse in Scotland about Israel has not been balanced and this imbalance has been fuelled by one organisation in particular,” he said. “Let’s be clear, SPSC is not about support for Palestinians. This is about Jew hate.”

Mann, the Labour MP for Bassetlaw, said: “There is a particularly virulent anti-Semitism amongst a small number of activists in Scotland, causing harm and distress to members of the Jewish community and encouraging further ignorance and hatred.”

He added: “Effective action is urgently required to put these racists back into their boxes, and it beholds the leaders of the Scottish Government and Scottish political parties to take the lead in doing this.”

In July, SPSC secretary Mick Napier and a colleague were convicted of trespass during a protest at an Israeli cosmetics store in the weeks following the military conflict in Gaza in 2014.

A spokesman for JHRW said the report in the activities of the SPSC was commissioned last year, following a protest outside the Edinburgh Fringe Festival, where an event was due to take place celebrating Israeli culture. Protesters from all over Scotland gathered, chanting: “No to Brand Israel.” This followed a similar furore in 2014, when the Israeli event was cancelled after one performance after pro-Palestinian protesters caused disruption.